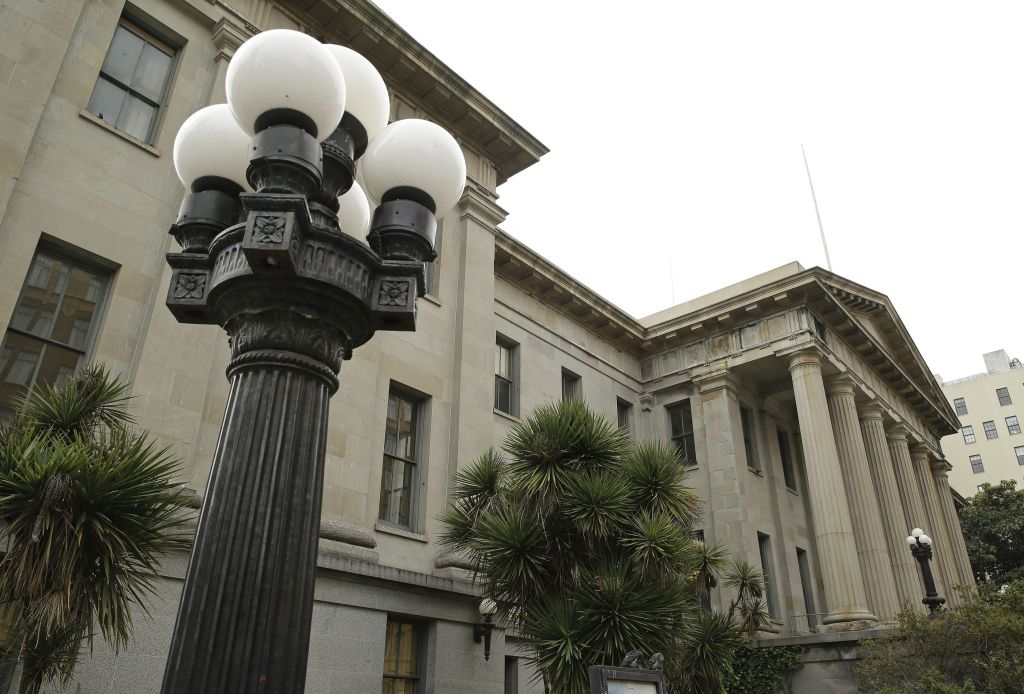 LOS ANGELES (AP) — Word last week that a Northern California couple found $10 million in gold coins while walking their dog has set off a Gold Rush of theories over who left behind all that loot.
One is that Jesse James’ gang deposited it in hopes of someday financing a second Civil War. Another postulates that the gold originally belonged to gentleman robber Black Bart, who wrote poetry when he wasn’t sticking up stagecoaches.
But the theory gaining the most traction this week is that the hoard is made up of most of the $30,000 in gold coins that Walter Dimmick stole from the U.S. Mint in San Francisco in 1901. The coins were never recovered.
That theory, from fishing guide and amateur coin historian Jack Trout, set off a flurry of calls to the U.S. Mint after it was reported by the San Francisco Chronicle on Monday.
The Northern California couple’s coins are called the Saddle Ridge Hoard after the area of the couple’s land where they were discovered.
“We do not have any information linking the Saddle Ridge Hoard coins to any thefts at any United States Mint facility,” mint officials said in a statement issued Tuesday.
Although Trout acknowledges he can’t prove his theory, he still thinks he’s right.
“There is no real direct proof, but I am getting more research in on this,” he told The Associated Press by phone Tuesday from Chile, where he lives part of the year.
Dimmick is said to have spirited six sealed bags — each filled with 250 $20 gold pieces — out of the mint, where he was the chief cashier.
The Saddle Ridge Hoard contains 1,400 $20 gold pieces, 50 $10 gold pieces and four $5 gold pieces, with a range of dates beginning in 1847 and extending to 1894.
Don Kagin is a rare coin dealer who represents the couple who stumbled upon the coins, which have a face value of about $28,000. He said the San Francisco Mint heist was one of the first possibilities he and his staff checked out.
Even if the mint had coins on hand covering a span of 47 years, which is unlikely, those in the hoard include some so badly worn that they wouldn’t have been there, said David McCarthy, Kagin’s chief numismatist.
Another coin, dated 1876, was in such pristine condition that it wouldn’t have been there either.
“It doesn’t have a single marking on it,” McCarthy said. “That coin couldn’t have sat in a bag in the San Francisco Mint and looked like that. It would have had what we call ‘bag marks’ all over it.”
As for some of the other theories:
— The Jesse James one fails to account for the fact the Missouri outlaw died 12 years before the last coin was struck and was born the year the first one was.
— Black Bart robbed stages only between 1877 and 1883, when he was caught and sent to prison.
The finders, who have chosen to remain anonymous, have their own theory.
They’ve done some research, Kagin said, and believe their property in California’s Gold Rush country was occupied at the time by someone in the mining industry. That person must have squirreled away the coins over time.
Why the owner never came back for the coins, well, that’s another mystery.