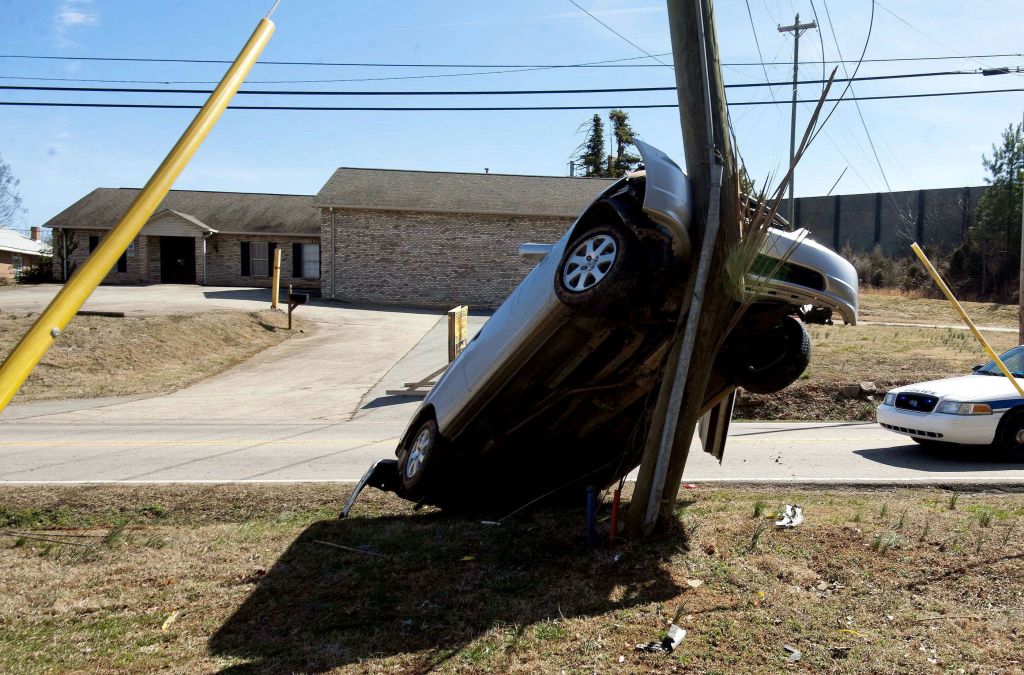 A single car accident on Old Concord Road near the intersection with Ryan Street left a car leaning against a utility pole.
According to Salisbury Police Officer Jeremy Vail, the vehicle hit a mailbox and a water shut-off valve before it “tried to climb” the utility pole.
The driver was able to get out of the car on his own and did not report any injuries.
According to police, the driver said a mechanical malfunction caused him to lose control of the vehicle. No charges are pending.
Salisbury police blocked off the road so Duke Energy crews could replace the pole. They originally planned to stabilize the pole before removing the car, but it sustained too much damage, forcing crews to replace the pole before removing the car.
The road was still blocked off at 5 p.m. Tuesday. It was expected to reopen once the new utility pole was installed.