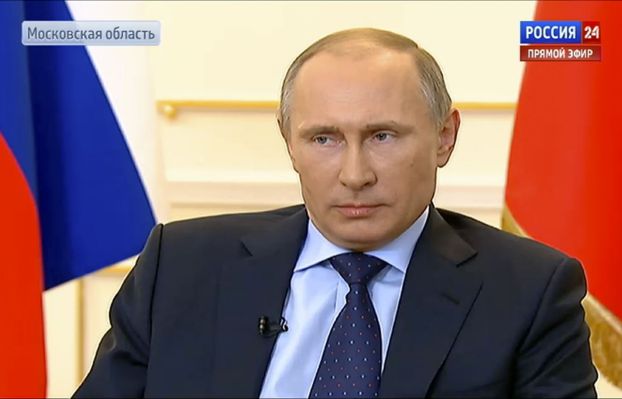 Your daily look at late-breaking news, upcoming events and the stories that will be talked about today:
1. PUTIN HALTS WAR GAMES NEAR UKRAINE’S BORDER

It’s not clear if his order is an attempt to heed the West’s call to de-escalate the crisis that has put Ukraine’s future on the line.

2. KERRY ON HIS WAY TO KIEV

He’ll try to reinforce U.S. support for the new government as the U.S. and its top allies grapple with Russia’s military incursion into Ukraine.

The judge adjourns the proceedings after a prosecutor claims that a picture of a woman who testified in court was shown on local TV, despite a privacy order.

4. IN TEXAS, THE SEASON’S FIRST PRIMARY

Ballots will be cast for a slate of open seats from the governor’s office on down, with political observers watching to see how far to the right the state might go.

5. HOW DEEP FREEZE MEANS COLD CASH FOR SOME BUSINESSES

The harsh winter has helped Ace Hardware sell the most snow blowers and shovels in a decade, while waterproof boots have flown off L.L. Bean’s shelves.

6. NEPAL WORKS TO CLEAN THE PEAK

Under new rules, Everest climbers will each be made to bring down at least 17 pounds of rubbish.

7. WHERE ADDICTS OFTEN GET PAINKILLERS

Most people who abuse the addictive drugs obtain them free from friends or relatives, a study finds. Drug dealers are a relatively uncommon source.

The snapshot, retweeted by millions, was taken with a device made by Samsung — a commercial sponsor of the Academy Awards.

9. WHO’S AGAIN THE RICHEST PERSON IN THE WORLD

Bill Gates, who had trailed Mexican telecom mogul Carlos Slim Helu, reclaims the top spot on Forbes magazine’s annual list with a fortune worth some $76 billion.

The hoops superstar puts on a scoring show, pouring in 61 points as Miami beats Charlotte 124-107.

Your daily look at late-breaking news, upcoming events and the stories that will be talked about today: 1. OUTRAGE FOLLOWS... read more