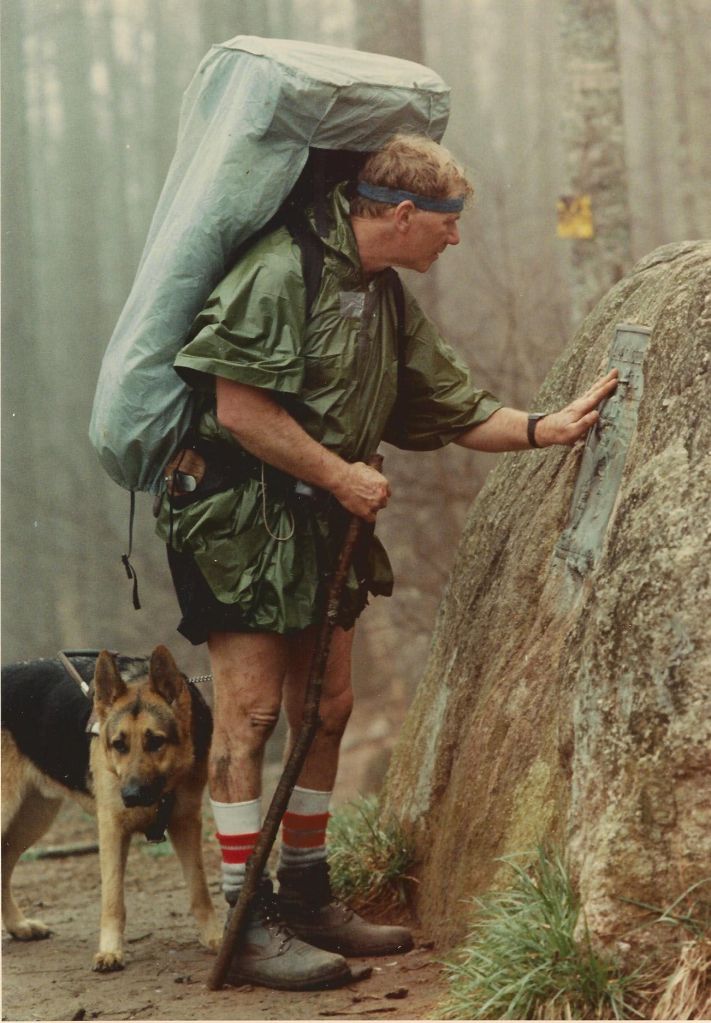 Bill Irwin, who in 1990 became the first and only blind person to hike the entire length of the Appalachian Trail without human assistance or companionship, died Saturday morning.
Irwin was scheduled to be the guest speaker at First Baptist Church’s 10th Annual Sportsman’s Banquet Thursday night.
The Rev. Rod Kerr, minister of education at First Baptist Church, said between 700 and 800 people were set to attend the banquet to hear Irwin.
The banquet has now been postponed until a later date, church officials announced Sunday.
“If you have bought tickets, please give us until this Wednesday, March 5, to begin the refund process,” the church added. “You may call the church and speak with Rod (Kerr) for further information.”
Kerr said Sunday if people want to contribute their banquet fee toward a memorial fund for Irwin’s family, the church also can take care of that.
Members of First Baptist Church already were leaving sympathy cards for Irwin’s family in a box outside his office, Kerr said.
The Sportsman’s Banquet usually brings in a noted hunter or fisherman as its guest speaker, but the church wanted to make this year’s edition a bit different by offering a speaker who could reach out to sportsmen maybe dealing with physical, mental or emotional challenges.
People from South Carolina to Virginia had made inquiries about the banquet and Irwin’s appearance, Kerr said.
First Baptist Church has maybe the last personally signed copies of Irwin’s book, “Blind Courage,” which he had sent to Salisbury in advance of his appearance.
The books and Irwin’s signed motivational CDs and DVDs are all available for purchase at the church office.
“His ministry is here,” Kerr said.
Kerr last spoke with Irwin by telephone Thursday and said Irwin was looking forward to his Salisbury appearance. A North Carolina native, Irwin had lived for many years in Sebec, Maine, with his wife, Debra.
“He was a fascinating guy, helping people up to the last minute of his life,” Kerr said.
Besides authoring his book and becoming a motivational speaker, Irwin was a licensed marriage therapist and an addiction counselor.
Irwin, who was in his early 70s, died of heart failure. He had battled alcoholism prior to his 1990 hike and had health issues afterward.
The start of his hike in March 1990 coincided with his three-year anniversary of being sober.
He made the 2,168-mile hike from Georgia to Maine on the Appalachian Trail assisted only by his guide dog, Orient.
Orient died in the 1990s.
The 1990 trek took nine months, and Irwin was 49 at the time. Other blind people have hiked the full length of the Appalachian Trail but not without human assistance.
After the hike, Irwin once said his job became “to show people how to be encouraged and not give up in times that seem hopeless.”
“I use the Appalachian Trail as a metaphor for life,” he said.
In addition to his wife, Debra, Irwin is survived by sons Billy and Jeff and a daughter, Marianne.