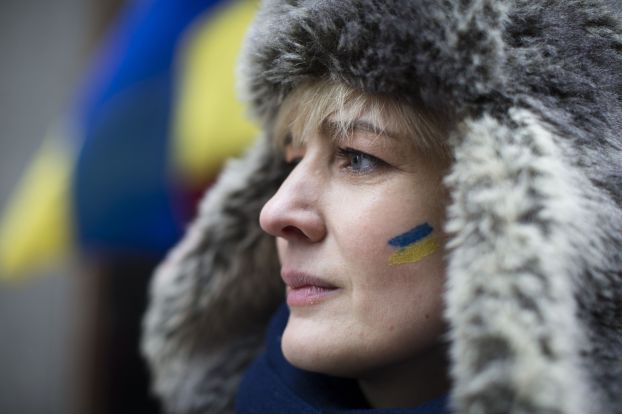 Your daily look at late-breaking news, upcoming events and the stories that will be talked about today:
1. OUTRAGE FOLLOWS RUSSIAN PUSH INTO CRIMEA

Kerry calls on Putin to pull back from "an incredible act of aggression."

The historical drama has been hailed as a corrective to the movie industry’s long omission of slavery stories and years of whiter tales like "Gone With the Wind."

3. A THUMB’S UP FOR ELLEN DEGENERES

The AP’s Frazier Moore says that she did what any Oscar host should do: Stay involved and make sure everyone has fun.

4. WHERE LATEST WINTER STORM IN THE US MIGHT HIT HARDEST

Nearly a foot of snow is expected in parts of New Jersey.

A 24-hour cable TV channel has been launched in South Africa to cover only the court case.

6. WHO’S BEING BLAMED FOR KNIFE SLASHINGS IN CHINA

Authorities say separatists from the country’s far west led the rampage that killed 29 people and wounded 143 in Kunming.

7. NETANYAHU CAN EXPECT A NUDGE

During the Israeli leader’s visit to the White House, Obama is expected to urge him to move forward on peace talks with the Palestinians.

8. WHAT’S TEMPERING SYMPATHY FOR US SOLDIER

Some believe Army Sgt. Bowe Bergdahl deserted his unit in Afghanistan before he was captured by the Taliban.

A tech conference in Barcelona offers a future where everything is digitized — with all the related privacy and security concerns.

10. IDITAROD SLED DOGS OFF AND RUNNING

Standing between the mushers and the finish line are about 1,000 miles of unforgiving Alaska terrain.

SALISBURY — Local authorities have charged four people in connection with store break-ins over the last week in which thieves... read more