Zombie apocalypse: Road closures, detours have us spinning our wheels 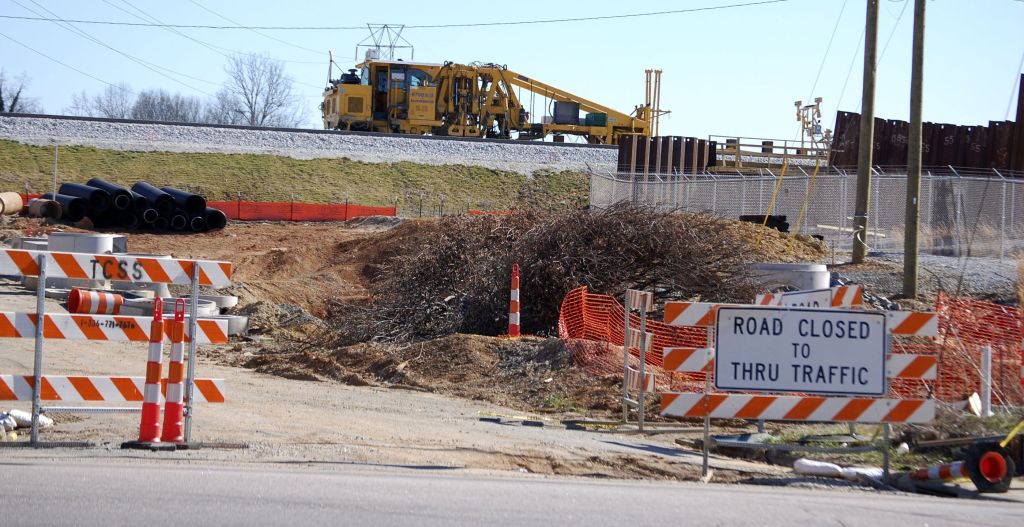 SALISBURY — While we’ve gone to work each day and slept snugly in our beds at night, a force has burrowed into our lives with the promise only that someday it will rule us.
Maybe it already does.
As I travel the streets of Salisbury with my fellow motorists, I wonder whether we’re not all on some kind of continuous detour loop.
Has that string of traffic I see on Main Street been diverted again off a jammed Interstate 85? Is that mom’s soccer van looking for a way around the bridge replacement near Catawba College? Or is the driver in that newly styled Camaro 20 minutes late because Klumac Road is closed and he can’t find another way across the railroad tracks?
If you look around while waiting in the long lines at traffic lights, zombie drivers sit behind the wheels of vehicles, desperate to find a new route to the drugstore, the bank, a school or home.
In Salisbury, the Walking Dead have become the Running Idle.
There’s hardly a street on which we can’t see a sign telling us “Road Closed Ahead” or “Detour Ahead” or “Road Closed Next Right.”
With all of these orange, diamond-shaped signs, you would think Salisbury was advertising a baseball tournament coming soon — in Clemson, S.C.
There are other road signs we’ve come to know — those with crooked arrows pointing us in new directions, ones reassuring us that beyond all the construction mayhem there is a “Local Business Open.”
My least favorite is the sign posted on barricades that says “Road Closed to Thru Traffic.” If North Carolina can’t pay its teachers enough, couldn’t tax dollars at least spell out “through”? It might strike a blow for better end-of-grade test scores.
With all the detours, car GPS systems are fizzling out. Siri, the lady who talks to iPhone users, is becoming grouchy. Fed-up and irritable Salisbury drivers have replaced those cute “Baby on Board” signs in their cars with ones saying “Don’t Back Baby Into a Corner.”
I swear I saw a bumper sticker on a vehicle the other day that said. “Keep honking while I reload.” Yes, folks are getting a bit testy.
Relief is far away. Last May, the N.C. Department of Transportation closed Klumac Road at the railroad tracks and eliminated a well-used cut-through (not cut-thru) connecting South Main Street with Jake Alexander Boulevard.
The project, which will lead to a tunnel under the tracks and a realignment of Klumac Road, put 4,000 to 5,000 cars daily into detour mode.
The project has a proposed completion date of October 2016.
Last month, the DOT closed a portion of West Innes Street to replace the 64-year-old bridge over Grants Creek. This will take seven months and sends an additional 8,800 vehicles a day into Salisbury’s detour loop.
The change has disrupted public school bus routes, while also adding many miles to the trips of parents taking their children to North Hills Christian School.
The DOT has given the lame excuse that the Grants Creek bridge has been classified as “structurally deficient” because it won’t handle the 80,000-pound weight limit on state roads. How can the DOT put safety above convenience?
I think a government conspiracy is behind all of this, and it extends far beyond Salisbury into rural Rowan County.
If you haven’t heard, a portion of St. Matthews Church Road — the causeway over a finger of High Rock Lake — has been closed since last September.
It may take at least a year before Alcoa can lower lake levels enough to allow the DOT to determine what has led to significant cracking, slumping of the road and the shifting of guard rails.
Meanwhile, the causeway’s closure has created some delays for emergency medical units operating out of a station nearby and more detours for everyone.
Back in Salisbury, I fear one or more strategically placed road closures to the south and west will send us headlong into the pages of a science-fiction novel.
We’ll find ourselves trapped and cut off from the outside world by an impassable, invisible barrier, as in Stephen King’s “Under the Dome.”
Our total imprisonment won’t fall from the sky. Rather, it will happen from the ground up, one barricade and five detour signs at a time.
Only one orange sign, composed in DOT’s typical, telegraphic style, will save us: “End Road Work.” When you see it, consider the sign as both protest and cause for celebration.
But until our dome is lifted, I’m thinking about a new bumper sticker for my truck: “My Dog Is Smarter Than Your Honor Student.”
Like I said, things are getting ugly.
Contact Mark Wineka at 704-797-4263, or mwineka@salisburypost.com.