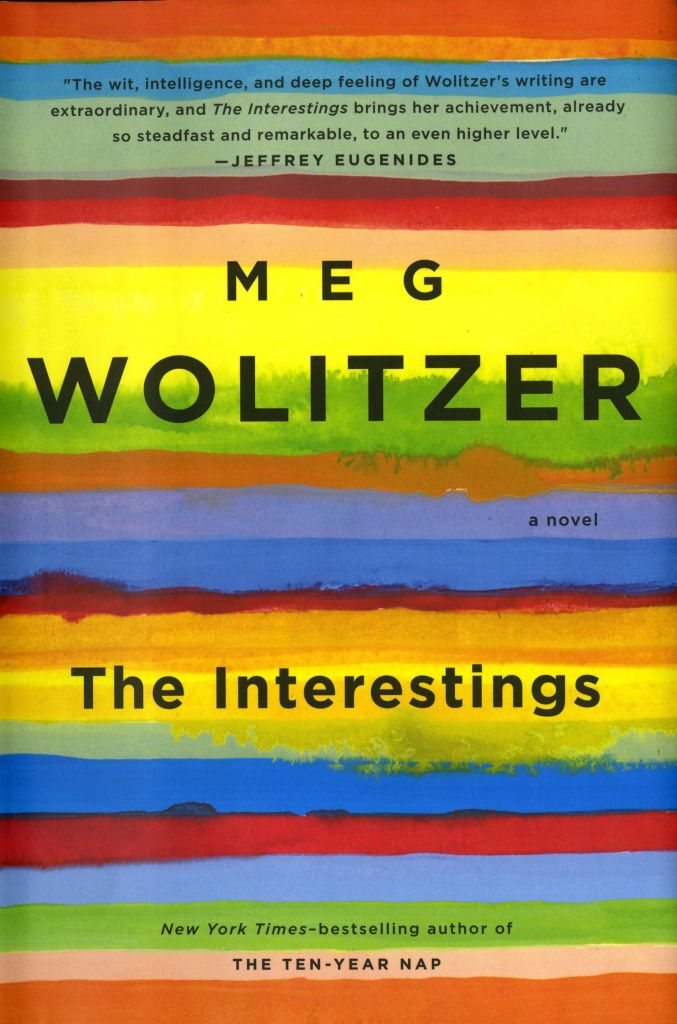 SALISBURY — What is it about “The Interestings” that lingers when all is said and done?

Is it the selfishness of many of its characters? The jealousy one has for another? The fragility of the things we take for granted?

Or is it this: This is life — sometimes wonderful, sometimes horrible, often boring and frequently improbable.

Truth is stranger than fiction, while fiction often mirrors truth.

Author Meg Wolitzer, who will be at the Brady Author’s Symposium at Catawba College on Thursday, captures a certain period in America, from the mid-70s to the current day, including all the political and social upheaval of the time.

Her characters are mostly privileged children being indulged in a summer arts camp in New Hampshire, Spirit-in-the-Woods.

They pick their name one muggy evening in Boys’ Teepee 3, Ash Wolf and her fatally good-looking brother, Goodman; the ugly but talented Ethan Figman; Jonah Bey, son of a popular folk singer; Cathy Kiplinger, a large-breasted dancer; and Julie Jacobson, the poor girl from Underhill, N.J.

Ethan declares, “ ‘From this day forward, because we clearly are the most interesting people who ever f—— lived,’ said Ethan, ‘because we are just so f—— compelling, our brains swollen with intellectual thoughts, let us be known as the Interestings. And let everyone who meets us fall down dead in our path from just how f—— interesting we are.’ ”

Julie, who will be known from this point forward as Jules, thinks to herself, “These teenagers around her, all of them from New York City, were like royalty and French movie stars, with a touch of something papal.”

Ethan, the wildly talented animator, likes Jules, but Jules is repelled by his physical interest. She likes him as a friend, and they form a close bond that lasts for decades. Ash is impossibly generous, she needs to take care of people; her brother, by contrast, is a self-centered teen who gets by on his looks; Jonah is scarred from bizarre druggings by another folk singer who taps into (read: steals) his talent.

Jules is much enamored of Goodman, who simply makes fun of her. Ash and Jonah end up together, surprising everyone. Then, after a platonic love affair, Ash moves to unattractive Ethan, she the fairy princess and he the frog. Goodman hones in on Cathy, and they have a stormy relationship that’s off and on. While off, Cathy dates Troy, a beautiful, talented black dancer who is eventually accepted into the prestigious Alvin Ailey dance troupe.

Summers at Spirit-in-the-Woods Camp are idyllic — everyone being creative, showing off their talents. Ethan’s mentor, Old Mo Templeton, helps him learn everything he can about animation. Ash is a playwright. Jules is funny.

Leaving at the end of the summer is heart-breaking, and Jules worries that her summer idyll is forever over. But Ash invites her to New York City, where most of the gang hangs out at the Wolf home, the Labyrinth. The many rooms allow for many forms of making out and self-discovery, and in Goodman’s case, self-loathing and destruction.

A single event knocks everyone and everything askew. On New Year’s Eve 1975, Jonah provides a pipe and some hashish, everyone gets very high, and Goodman and ex-girlfriend Cathy go off in a taxi.

A call later that night reveals Goodman is in jail, Cathy having charged him with rape.

That’s the end of the Interestings — at least partially. That event will linger through decades of friendship among Ash, Ethan, Jules and Jonah. Another shocking event that follows will eventually ruin a marriage, call a friendship into question, lead to much unhappiness, secrets, lies and separation.

But until that point, the remaining foursome goes on with their lives. Ash and Ethan marry, to everyone’s shock, and Ethan becomes unbelievably successful, with his own animated TV show. Ash directs feminist plays and they start a family and a fund to feed starving children.

Jonah ends up in the Moonies, where everything is quiet, without a challenge. The rest of the friends rescue him. Jules meets and fall in love with her neighbor, Dennis, and they marry and have a child. Jonah has a long-term but ultimately unsatisfying relationship with a beautiful man and builds robotic devices to help the disabled.

So much happens to these people — health crises, child crises, job crises. Ethan and Ash repeatedly offer financial support to perennially strapped Jules and Dennis. The four often travel together to exotic places. Jonah struggles with his unfulfilled musical talent.

But perhaps most importantly, Ash asks Jules to keep a secret. She doesn’t just ask, her family asks, demands that Jules be in their desperately private dilemma. Much will hang on that secret. Once it becomes known, it creates a monumental upheaval in the aging Interestings.

Jules, who takes up much of the novel, can be amazingly self-centered and self-pitying. One wonders what makes her a good friend. Ash can be amazingly blind to huge problems. Ethan is consumed by work. Jonah is painfully introverted.

Yet, readers, especially those of an age with these characters, will be drawn in by them, will gladly follow their lives through 467 pages. You have to know what happens, and what happens after that.

Some people — who have had similar experiences to the camp — short times of incredibly close relationships and incredibly intense emotions — will also identify with these people.

‘The Interestings,’ though the title may sound a bit pretentious, IS interesting, and the issues it raises are ripe ones for our times.

Seeing Wolitzer and getting a chance to address some of those questions will be a treat.

Meg Wolitzer will speak at 11 a.m. Thursday at Catawba College at the Brady Author’s Symposium. A luncheon (which is full) follows. Around 1 p.m., she will sign books. At 2 p.m., she will be part of an intimate question-and-answer session. Tickets are still available for the lecture ($20) and Q&A ($10). All events will be at the Robertson College-Community Center. For tickets, go to www.catawba.edu/authorssymposium or call 704-637-4393.

Take part in the inaugural Empty Bowl for Nazareth…