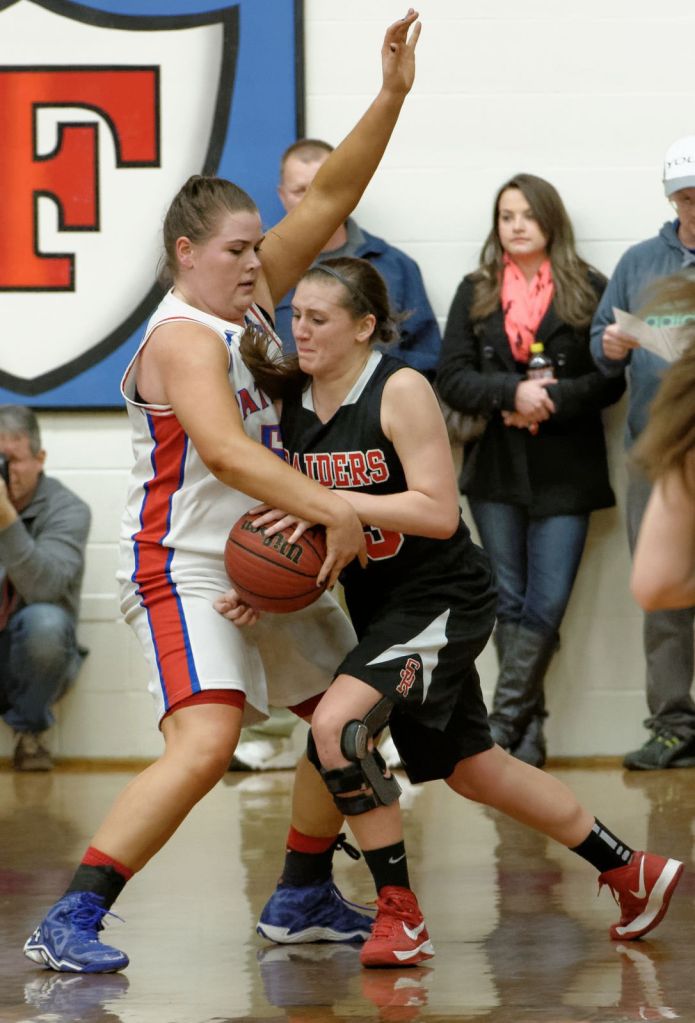 MORGANTON — The South Rowan girls basketball team faced a 15-3 deficit just five minutes into Friday’s third-round state playoff game at Freedom and never recovered in a 66-44 loss.
“They’re without question the best team we’ve seen this year,” South coach Jarrod Smith said. “Some people may say they’re a bad shooting team but they’re not. They knocked down everything tonight. They’re just a really solid team.”
The No. 13 seed Lady Raiders (18-10) trimmed the deficit to 17-10 after the first quarter, but Freedom scored 11 of the next 14 points to more than double up the guests at 28-13 midway through the period.
When senior AkiQula Mills’ jumper made it 33-17 with about two minutes left in the opening half, she was Freedom’s eighth player to make a field goal. South Rowan had just three players with field goals at the time. Freedom outscored South Rowan 18-0 in points off the bench for the contest.
The Raiders deficit was still just 38-27 as Avery Locklear pulled up for an elbow jumper, which provided her 18th and 19th points of the evening. But Locklear was assessed her third and fourth fouls by the 2:00 mark of the third and fouled out with a game-high 26 points by early in the final period. At one point, she had scored 24 of the team’s 32 points.
“The score wasn’t indicative of the game,” Smith said. “We weren’t really out of it until the end. We ended the first quarter down six or seven.”
Freedom responded with Locklear out, and in front of its boisterous home crowd smattered in red for the first of two games in a Friday third-round doubleheader, led 56-36 with 6:15 to play.
Sylvetta Bost added nine points for the Lady Raiders, while freshman guard Ariyana Williams’ 16 paced Freedom.
The 12th-seeded Lady Patriots now head to Greensboro next week for the 3A West Regionals, the first time Freedom has advanced this far in the postseason since the 2001-02 team won the program’s fifth state title. The Lady Patriots’ West Regional berth is the program’s 14th, third-most all-time behind Bandys (19) and Hickory (16).
South finished the season 18-10 and won 13 out of 16 to end the year.
“We had a great crowd follow us here,” Smith said. “There was a fan bus with students on it. The support was great.”