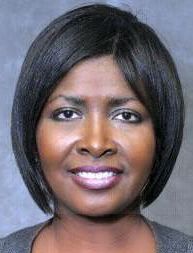 A business owner who completed the majority of her education in Salisbury has filed to give N.C. Sen. Andrew Brock some competition this year.
Constance Johnson, 51, filed Wednesday as a Democrat to enter the race for the seat representing the state’s 34th District.
“There is a great deal of work that needs to be done to repair the economy, and there is a great deal of work to be done to repair relations,” Johnson said. “We need to be intentional about serving the best interests of other people.”
Johnson earned a master’s of divinity degree from Union Presbyterian Seminary in Charlotte and Lutheran School of Theology in Chicago.
Johnson also received a bachelor’s degree in psychology from Livingstone College before getting a master’s degree in guidance and counseling from the University of Maryland.
In her early years, Johnson completed elementary, junior high and high school in the Rowan-Salisbury School System.
Johnson now works in multiple roles, including a social media coach, promotions consultant, marketing director and website developer.
“It is very important that we move toward unity,” Johnson said. “Education is an issue that we need to consider. There is a great deal of disparity in the test scores, and it is so drastic when compared to other states. It’s not that the children are not capable, it’s more psychological.”
As a minister and a business woman, Johnson said she feels she has the right ingredients to make a difference and bring people to a “place and day to focus on brilliance and tenacity rather than who or what.”
“I’m ready to get there and make our state ready to move toward being a state that utilizes its strengths and talents,” Johnson said. “I have been prepared to strategically bridge relationships between people, point out discrepancy and heal those wounds.”
Republicans and Democrats have different views on how people should advance and what policies are best to handle business, Johnson said.
“The key difference is Republicans are more focused on what model you need to look like, sound like and act like to receive promotions,” Johnson said. “Democrats are focused on what we can do to make life easier and take strife away. (Of the two philosophies,) one is completely crippling.”
Johnson ran for a seat on the Rowan-Salisbury Board of Education in 2012 but lost by a relatively small number of votes.
Brock is the root of many regressive policies advanced by Republicans in recent years, Johnson said.
“We need someone to bring people back together and give them access to their land again and access to business development again,” Johnson said. “We need to encourage people and provide resources for people instead of (setting up) blockades to make it difficult.”
Johnson has a daughter and a grandson.

David Roueche is one of several Republican candidates slated to battle over seats opening up soon on the Rowan County... read more