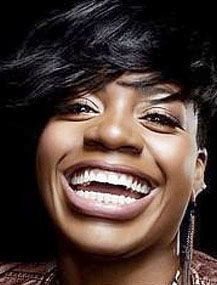 KANNAPOLIS — Singer-turned-politician Clay Aiken and fellow “American Idol” alumna Fantasia Barrino will be inducted into the N.C. Hall of Fame this fall in Kannapolis.
No word yet on whether the Idols — well, one Idol and one runner-up — will attend or perform at the induction ceremony on Oct. 16 at the Gem Theater. Chairman Bill Kopald said he should have a confirmed list of performers sometime this fall.
Aiken, of Raleigh, was Idol’s runner-up in 2003. Barrino, of High Point, won Fox TV’s singing contest in 2004.
Aiken recently set aside his music career to launch a bid for a North Carolina congressional seat. He’s running as a Democrat for the chance to take on Rep. Renee Ellmers, chairwoman of the Republican Women’s Policy Committee, in North Carolina’s 2nd Congressional District, which is based in the central part of the state and Fayetteville,
Kopald called it coincidence that the Hall of Fame tapped Aiken during his high-profile political campaign. Nearly 600,000 people have watched his campaign announcement on You Tube.
“We are not treating him as a politician,” Kopald said. “We are treating him as an entertainer.”
Kopald said Aiken and Barrino will attract the fans the Hall of Fame needs.
“We are shooting for a younger demographic,” he said. “If you look at our inductees and who follows them, many of them are aging out.”
Many inductees to the Hall of Fame had careers long ago, as far back as the 1940s.
Naming current stars to the list alongside aging inductees will introduce young fans to North Carolina’s rich musical history and help them discover singers, songwriters and musicians who inspired today’s artists, Kopald said.
Musicians are eligible for induction 10 years after they cut their first album.
“American Idol” could provide young inductees for the Music Hall of Fame for years to come. North Carolina has produced eight Top 12 finalists on the show, more than nearly any other state.
In addition to Aiken and Barrino, finalists Kellie Pickler of Albemarle, Scotty McCreery of Garner and Chris Daughtry of McLeansville all went on to record hits. This year, Majesty Rose York of Goldsboro is an Idol finalist.
Other 2014 N.C. Music Hall of Fame inductees are:
• The Embers, recording artists (“Far Away Places, ”I Love Beach Music”) of Raleigh
• Jimmy Capps, guitarist, country and bluegrass (“The Grand Ole Opry”) of Benson
• The late Link Wray, guitarist, pop rock (“Rumble” reached no. 16 on the Billboard chart in 1958) of Dunn
• The late “Little Eva” Boyd, pop vocalist (“The Loco-Motion,” “Let’s Turkey Trot”) of Belhaven
• The late Talmadge “Tab” Smith, jazz and blues musician and vocalist (played with Jimmy Witherspoon and Johnny Otis) of Kinston
• The late Lulu Belle & Scotty, country musicians and vocalists (“The Sweethearts of Country Music” in the 1930s and 1940s), of Boone and Spruce Pines
Tickets for the induction ceremony are on sale at www.ncmhof.eventbrite.com and at the museum at 109 West A St. in Kannapolis. Tickets cost $65 for VIP and $25 for general admission.
Eddie Ray is operations director and vice chairman for the Hall of Fame.