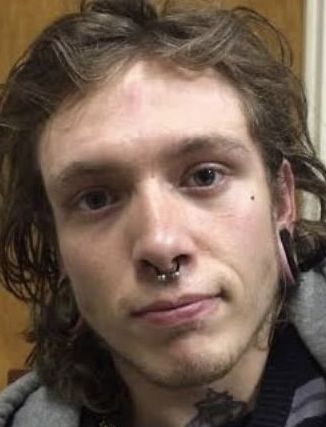 LANDIS — Investigators say they charged a man believed to be homeless with taking jewelry, game consoles, a digital camera and other items from several Landis homes.
Landis Police charged Dustin Dale Montgomery, 23, with five counts of felony breaking and entering, five counts of felony larceny, one count of possession of a stolen firearm, and one count of possession of a firearm by a convicted felon. He remains in the Rowan County Detention Center under a $50,000 secured bond.
Investigators say a North Kimmons Street family returned home Monday to discover a game system belonging to the child that lived there had been taken. Police Detective Roger Hosey said in a statement the home break-ins were concentrated in northwest section of Landis in the 700 block of West Ryder Avenue, the 500 block of North Meriah Street, the 200 block of Everhart Avenue, the 300 block of North Kimmons Street and the 700 block of West Ryder Avenue.
Investigators quickly identified Dustin Montgomery, as a suspect, and developed information that he was staying with a friend, Ian Correll, in the 700 block of West Ryder Avenue.
After observing both Montgomery and Correll outside Correll’s home Tuesday, investigators arrested Correll on an outstanding unrelated warrant and during his arrest, found Montgomery. Investigators located the stolen Xbox and other stolen items at Correll’s home.
Investigators recovered property from the five victims, including a stolen handgun, a Sony PS3 game system, a laptop computer, digital camera, checks and jewelry.
Correll told police Montgomery was homeless, had been staying with him for about a week.
Contact reporter Shavonne Potts at 704-797-4253.