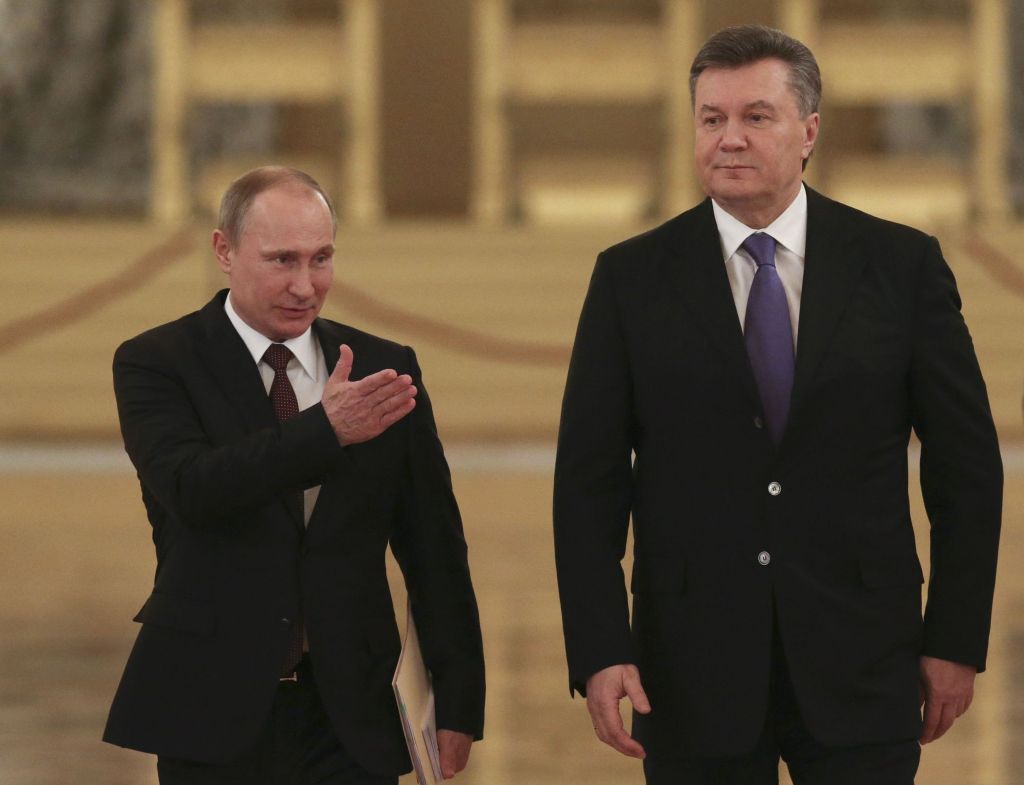 Your daily look at late-breaking news, upcoming events and the stories that will be talked about today:
1. GOVERNMENT BUILDINGS SEIZED IN CRIMEA

A Russian official says the fugitive Ukraine president has asked for — and received — protection.

The AP reports exclusively that a dispatcher who received a call seconds after a gunman opened fire last year at Los Angeles International Airport didn’t know where to send officers because the communications system didn’t identify where the call was coming from.

She says the bill, which would have granted people the right to refuse service to gays, is divisive and could result in unintended negative consequences.

5. WHERE TAX REFORM IS HEADED

Nowhere fast. The package seems destined to take its place in Congress’ "do not disturb" corner with immigration legislation.

Calories would be in larger, bolder type, and consumers would know whether foods have added sugars.

Global airlines are increasingly extending a perk to wealthy fliers: physical distance between them and everyone else. The idea is to provide an exclusive experience inaccessible, even invisible, to the masses in coach.

Hundreds march in the streets in the western city of Culiacan, demanding that Mexican authorities free the boss of the powerful Sinaloa drug cartel, who they say provides jobs for the poor.

9. WHY GALAXY IS LOOKING MORE CROWDED

NASA’s Kepler telescope confirms the discovery of 715 new planets outside our solar system.

He was the first host of the popular game show "The Dating Game."