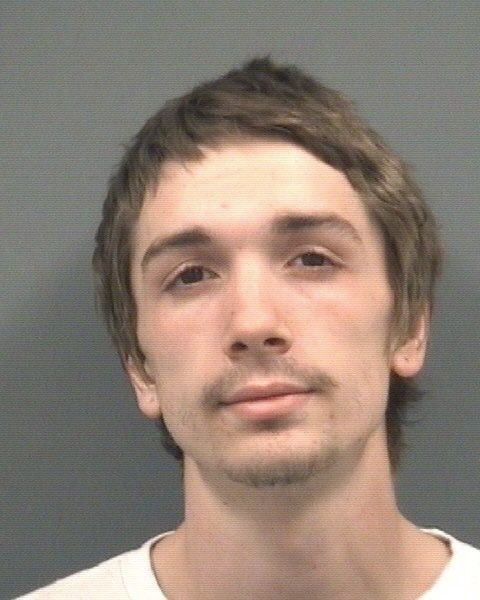 Authorities have additionally charged a Granite Quarry teen for his involvement in a number of home break-ins in the southern part of the county. Investigators charged Douglas Martin Patrick, 17, last week, saying he’s responsible for break-ins in eastern Rowan County. Officials say he took various items, including game consoles, jewelry and electronic equipment from homes in Gold Hill, China Grove and Kannapolis. A second teen is also charged with involvement in the break-ins.
Patrick was placed on the Rowan County Sheriff’s Office most wanted list last Thursday and was arrested last Friday night. He’s been in the Rowan County Detention Center since his arrest. He’s accused of breaking into homes in Rockwell, Granite Quarry and Salisbury. Officials say they occurred on Feb. 15. Destiny Marie Moore, a 21-year-old Granite Quarry woman, was also charged with involvement in those crimes. Law enforcement officials say some of the most recent reported break-ins occurred as early as Feb. 10.
Patrick has also been charged with four counts of felony breaking and entering, four counts of felony larceny, two counts of felony larceny of a firearm and two counts of felony obtaining property by false pretenses. He remains in the Rowan County jail under a $100,000 secured bond.
Gage Allen Woodward, 18, of the 400 block of Mitchell Avenue, was charged with seven counts of breaking and entering, one count of obtaining property by false pretenses, six counts of larceny, two counts of larceny of a firearm, all of which are felonies.
Investigators were able to identify Woodward as a third suspect in the break-ins. He remains in the Rowan County Detention Center under an $81,000 secured bond.
Sheriff’s investigators say the teens took rifles, ammunition, a purse, a lockbox, jewelry, knives and medication from a Gold Hill home, as well as a game console, purses, a sword and jewelry, laptop, a watch and a gas can from two Kannapolis homes. The two are accused of taking medications, a Legion Post hat and coins from a China Grove home. Authorities say Patrick sold some jewelry to Poppies Pawn and Gun Shop in Salisbury. One handgun was sold to a Gold Hill man who did not know the item was stolen. Officials say Woodward sold jewelry to Reliable Pawn also in Salisbury.