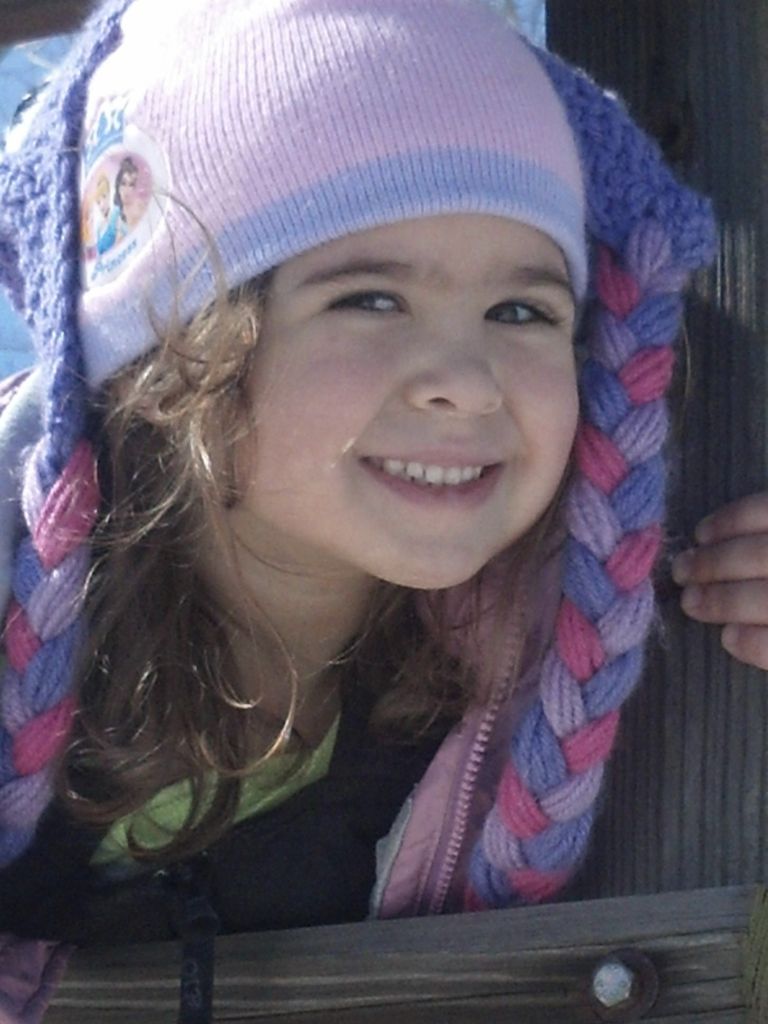 In less than two weeks Carmon and Julie Williams hope to receive long-awaited answers regarding the health of their 4-year-old daughter, Brinley, who has been in and out of the hospital since she was an infant. Brinley was misdiagnosed early on, but around 2010 doctors confirmed she had a rare vascular disorder — arteriovenus malformation.
Arteriovenus malformations (AVMs) are an abnormal connection between the arteries and veins that bypass the capillaries. Normally, arteries carry blood away from the heart to the lungs or the rest of the body, where the blood passes through capillaries, while veins return the blood to the heart. An arteriovenus malformation interferes with this process by forming a direct connection of the arteries and veins.
“The arteries and veins grow in a cluster and it produces a shunt effect. The blood doesn’t go to the tissue it needs to go to anymore,” Julie said.
The disorder is not specific to any race nor is it more common in males than females, but typically affects children during fetal development or shortly after birth. Carmon and Julie did not know their daughter began developing symptoms as an infant.
The couple have been to local and out-of-state doctors, met with specialists, seen Brinley through surgeries and have amassed a number of medical bills. Julie is in sports medicine and Carmon is a deputy with the Rowan County Sheriff’s Office. Friends have organized a gun raffle for the couple to help offset some of their medical expenses. The raffle at 10 a.m. Saturday at Lead Chunkers Sporting Goods, 106 E. Main St., Rockwell. Tickets are $1.
The Williamses have two other children — daughter Logan, 13, and son Cayden, 2.
Julie felt a pea-sized nodule on the back of Brinley’s neck when she was 3 months old. When Brinley was around 5 months old, Julie discovered the nodule had grown in size. Doctors told her the knot was a swollen lymph node caused from teething.
When the nodule reached half the size of a golf ball, the Williamses grew more concerned.
Julie still couldn’t shake the feeling that something more was wrong with her daughter than what doctors were telling her.
Dr. Chris Magryta, Brinley’s pediatrician, agreed with Julie that her daughter’s symptoms were more than just inflammation caused by teething. He referred the couple to Jeff Gordon Children’s Hospital at Carolinas Medical Center-NorthEast. Doctors ran tests, including an ultrasound, that confirmed a mass on the back of Brinley’s neck. The family assumed the mass was cancerous.
When Brinley was 1, doctors believed the mass was a hemangioma, a benign tumor made up of blood vessels. Carmon and Julie said they were at first relieved to find out the mass was not cancerous and could go away on its own. But the mass doubled in size and left Julie feeling uneasy.
Julie has a background in sports medicine and began doing her own research into her daughter’s symptoms. She also began reviewing the doctor’s charts. “I was determined I was going to find some answers,” she said.
Generally the most common symptoms are seizures and headaches, which Julie and Carmon, along with Brinley’s doctors, didn’t immediately connect to AVM. She was having seizures that didn’t include muscle spasms. Instead, Brinley would go into a “trance” for moments at a time. She developed daily migraines that were so severe she wasn’t able to eat. By the time Brinley was 2, she developed tremors.
“She would look at me and say ‘I need help.’ She would say, ‘Mommy I don’t understand,’ and as a parent you want to help,” Julie said, thinking back.
The family went to New York for a consultation and doctors there told them Brinley would need surgery a few days later to remove the mass. They had not prepared to stay, Julie told her family back home, but with support from family and friends in Rowan County, they were able to stay without any worry about how to pay for the extra days.
A friend of the family told the couple not to worry. “She called back and said she got us a hotel around the corner from the hospital. Each day we would look at each other and we would say ‘how are we going to pay for the next night,’ ” Julie said.
In April, the mass returned in Brinley’s neck and her headaches returned. She has since had a third surgery in late November. Brinley also has a cyst on her spinal cord and the family will travel to the Duke Children’s Hospital on March 7 for another MRI to get more information about the cyst.
The family believes Brinley will be healed and invites continued prayers. “The community has rallied around us so much,” Julie said.
She and her husband said they simply asked friends and family to pray and they received so much more. Brinley is on the prayer list of local churches, one of which prayed over a teddy bear and gave it to her. A group of women together crocheted a blanket that has not left Brinley’s side. She even took the blanket into one of her surgeries, Julie said.
The Rockwell Civitans approached the Williamses about organizing a fundraiser for Brinley.
“We feel honored and blessed that they want to help our child. If I can help a parent help to alleviate a step we had to go through, it would be worth it,” Julie said.
She and her husband, more than anything, want to educate people about arteriovenus malformation.
One organizer, Sue Choat, who said the Rockwell Civitans just wanted to do something for the family. “The family has always been such a sweet family,” she said.
Choat said raffle ticket sales have continued to come in and she encouraged the community to support the family. “He (Carmon) puts his life on the line every day for us, this is the least we could do for him,” she said.
For more information about arteriovenus malformation, visit http://avmalformation.org/avm/ and to follow Brinley’s progress, visit www.facebook.com/prayingforbrinley