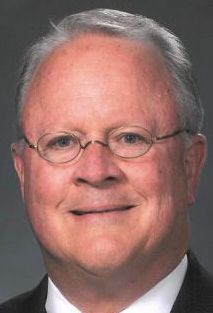 Blanton hopes to return to the bench

Former district court judge and current attorney Ted Blanton is looking to make a return to the bench. Blanton filed for district court judge, hoping to replace retiring judge William Kluttz.
Blanton, who is a local attorney, served two four-year terms as district court judge, and says he’ll always be grateful.
“I’m asking the citizens of Rowan to support me now for a third term of service. If elected, I promise that I will do my best to decide disputes that come before the court in a fair and impartial manner and in accordance with North Carolina law,” he said in a statement.
Blanton said after much reflection he decided to run for the seat. Blanton filed for the seat Feb. 18 with the Rowan County Board of Elections.
Blanton previously was elected and served on the Rowan-Salisbury school board. He also ran twice as the Republican nominee for the U.S. Congress in the 8th Congressional District.
Blanton, a Republican, has been a member of the Rowan County Bar for nearly 30 years. He has practiced law for the last 11 years with his wife, Mary, at Blanton Law Firm on West Council Street in Salisbury. The couple has four children — William, who is a U.S. Navy carrier jet pilot; John, a local chef; Penn, a U.S. Navy veteran and current law school student and Eliza who is employed by Rowan Vocational Opportunities workshop.
Blanton is a 1968 graduate of Boyden High School, now Salisbury High. He received his law degree from Georgetown University in Washington, D.C. He and his wife and daughter are members of Sacred Heart Catholic Church.
Local attorney James Randolph is also running for the same district court judge seat.
Contact reporter Shavonne Potts at 704-797-4253.

Salisbury attorney James Randolph is stepping into the political arena for the first time and hoping to fill the seat... read more