Wineka column: Early sounds of baseball mean spring is just around the corner 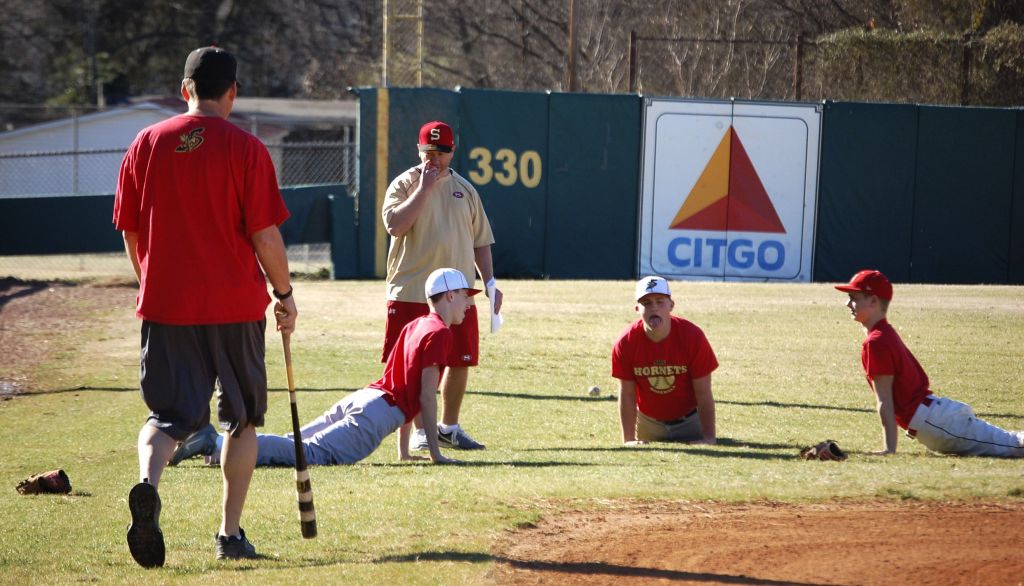 SALISBURY — February is a contrary month. It hits us with ice and snow, then blows in a couple of tropical days in the 70s.
Baseball players know what to expect from these lengthening days, which aren’t quite spring, yet can be so teasing.
Monday was one of those teasers. The afternoon temperatures allowed shorts, if the coach permitted, and the sun drenched local baseball diamonds in the brilliance of a new season when all things are possible.
The fields became a study in dark greens and browns, covered in a dome of sky blue.
I stood outside the right-field fence at Newman Park and watched a Catawba College coach hit a shopping cart full of grounders to a first baseman.
Meanwhile, a pitcher ran along the warning track from foul pole to foul pole, listening to music coming from his earbuds.
There is peace in grounders to first — just the sound of bat hitting ball and ball finding leather.
There is comfort in hearing feet skim along the outfield grass. It’s healing to watch a player glide to his left, snag a line drive and, with a crow’s hop, whirl and throw the ball back.
February is, yes, a poetic month.
Coaches find grace in watching their players go through the paces. Pitchers probe the strike zone in bullpen sessions with catchers.
Infielders and outfielders go over game situations, trying to hit cut-off men or make good relays to third or home.
Hitting cages and screens are set up around home plate, and players take their rips to all fields, looking for the secret to bat speed.
“Hey, get ‘em up — let’s rotate,” Salisbury High School Coach Scott Maddox yelled early in Monday’s practice.
“Put some pep in our steps today, fellas. We don’t want to spend the day chasing balls down.”
Maddox had set up two hitting stations for batting practice. Other groups of players were long-tossing in the outfield or following Assistant Coach Ryan Crowder’s commands for stretching exercises.
You take advantage of these kinds of days, because February is a schizophrenic month.
“You’ve got to cram so much in when you can’t get on the field,” Maddox explained.
His team’s first day of practice was supposed to be Feb. 12, the day Salisbury was hit with several inches of ice and snow that continued into the next morning and cost students three days of school.
Afterward, the field took time to dry out, costing more practice time. So far, Salisbury High players have been on the field only a handful of times, and this year’s squad has just one scrimmage under its belt heading into Wednesday’s first game.
Maddox already has looked at the forecast.
“You know it’s baseball season because Wednesday is supposed to be 40,” Maddox said, twirling his fungo bat.
February can be a stinging month, too.
It won’t give up winter easily, no matter what you hear in a grounder to first.
Contact Mark Wineka at 704-797-4263, or mwineka@salisburypost.com.

Carolina Stalite family helping daughter of one of its…