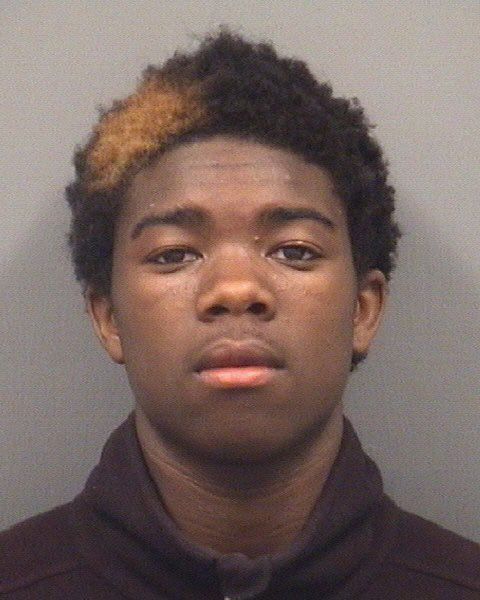 SALISBURY — Police say school video cameras helped lead them to charge two teens accused of setting a fire inside a Salisbury High bathroom in late January. Investigators looked through the video and spoke to witnesses and arrested the teens early Tuesday morning.
Salisbury Police charged Quashone Demario Smith, 16, of the 1100 block of Old Plank Road, and Daniel Joel Chambers, also 16, of the 1400 block of Standish Street, both with felony arson of a schoolhouse or educational institution. Both teens remain in the Rowan County Detention Center each under a $5,000 secured bond.
The Salisbury High School custodial staff responded to the fire Jan. 23 to what was initially reported as flooding of the boy’s bathrooms on the third and second floors. Someone put bathroom tissue in a third-floor sink and turned on the water. The water began running onto the floor, leaking into the second floor bathroom. Police say someone lit a roll of toilet paper on fire. When the custodial staff responded to repair the leak, they discovered the fire and quickly extinguished it.
The next day, a school resource officer at Henderson Independent High School found a trash bin that had been set on fire while conducting a walk-through of the area. It appeared the fire had been extinguished prior to the officer’s arrival. There were paper towels stuffed into the trash can and set on fire.
There was minimal damage. A juvenile has since been charged in that incident.
Chambers has a pending district court case involving a traffic infraction while Smith has a pending 2013 case in Cabarrus County for misdemeanor second-degree trespassing.