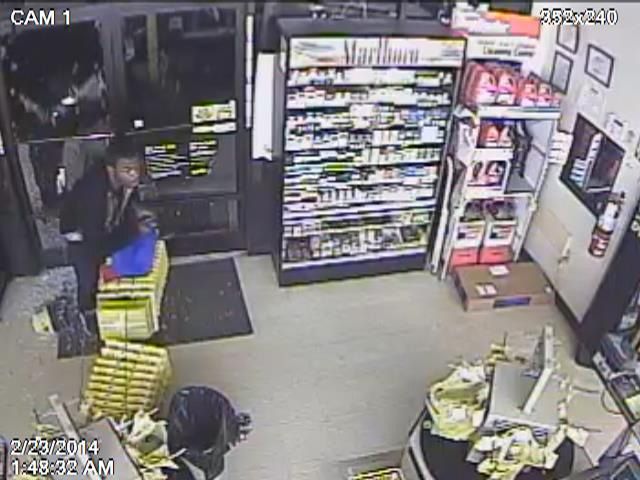 Authorities are looking for two males who they say broke into Dollar General stores in the area and took cigarettes.
On Sunday around 2 a.m., store surveillance shows two black males going into the Dollar General store on Mooresville Road in Salisbury. The suspects smashed a glass door and took Newport cigarettes.
The Rowan County Sheriff’s Office is investigating. Officials say the video shows the suspects appear to be slim, young and dressed in dark clothing. Similar crimes have occurred in Granite Quarry and China Grove on the same weekend. The Dollar General in Granite Quarry was broken into at 4 a.m., officials there said in a statement.
In the Granite Quarry incident, the suspects were seen on surveillance video throwing a rock through a front window and using a hammer to smash the glass door to the cigarette case. The suspect brought the hammer and a backpack with them. The two took a large number of Newport cigarettes.
Anyone with information is asked to contact Detective Billy Basinger through the Rowan County Sheriff’s Office at 704-216-8682 or Lt. Chad Moose at 704-216-8687 or contact Crime Stoppers at 1-866-639-5245.