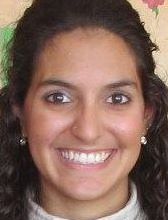 SALISBURY — Maria Corriher, the Rowan County Peace Corps volunteer who found herself caught in Kiev during last week’s violent protests, is now safe and sound in Washington, D.C.
Maria’s father, Dr. Kurt Corriher of China Grove, said Monday afternoon that Maria, 25, was part of a Peace Corps evacuation from the Ukraine that took place early Saturday (late Friday here).
“Maria flew out of Kiev to Washington, via Paris, and arrived late Saturday afternoon,” Kurt Corriher wrote in a message to the Post.
“The evacuation was continuing, however, and we were asked not to say anything about it until all were safely out of country, which they now are.”
Kurt Corriher is a professor of theatre arts, German director and director for the Center for International Studies at Catawba College.
Maria Corriher, whose mother is Alicia, is a graduate of South Rowan High School and Davidson College. She left for the Ukraine in March 2012 and had been assigned to a remote village in the northeastern part of the country.
Emergency surgery for an ovarian cyst Jan. 31 eventually landed Maria in a Kiev hospital, and she later moved for her final days of recovery to the Peace Corps headquarters, also in Kiev.
She planned to return to her village until violence erupted outside of parliament Feb. 18. The clashes between protesters and police led to many deaths.
The Peace Corps office is about a 20-minute walk from Independence Square where the confrontations were heaviest. For their safety, Corriher and four other Peace Corps volunteers were told not to leave the grounds.
Ukrainians were protesting President Viktor Yanukovych’s rejection of a landmark association and trade deal with the European Union and his favoring of Russia instead.
Kurt Corriher said Maria probably will remain in Washington for about a week, to go through debriefing “and everything associated with the return, separation from the Peace Corps, and transition back into life in the United States.”
“She had to abandon almost everything she had and came out with little more than the clothes on her back,” Kurt Corriher said, “but she’s in the United States and out of danger.”
Corriher said the situation in the Ukraine is far from stable, so he’s glad she is out of the country.
“She’s not glad,” he said. “She was sad to leave before her tour was up and especially sad not to have the chance to return to Rudenkivka (her village) and take leave from the children and people with whom she had been working.”
In her role with the Peace Corps, Maria Corriher had been teaching. She also had established a summer youth camp and was helping with youth development overall.