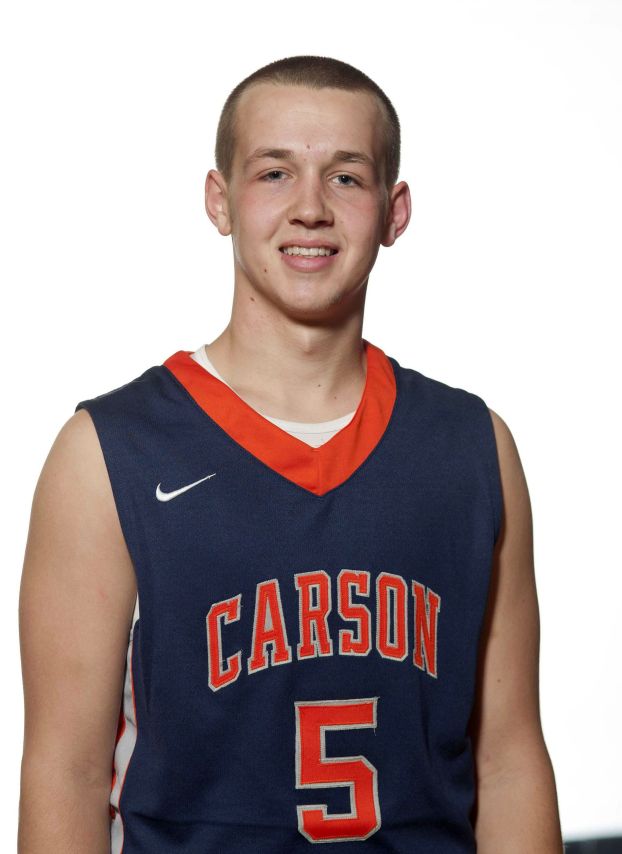 CHINA GROVE — West Henderson boys basketball coach Billy Phillips had a plan for slowing down Carson’s Cougars — deny the inside game and clamp down on big man Colton Laws.
The Falcons did just that but guard Jacob Raper and his mates came out smokin’ from the outside and really never looked back, taking a 72-54 first round state 3A playoff victory.
Raper bombed in the first two shots of the game, both 3-point field goals and Carson made 8 of 14 shots in the quarter, most outside shots or fast-break layups.
“Laws is a tough player and the idea was to take him away and hope that their outside guys would come out cold but that gamble sort of bit us,” said Phillips.
Carson coach Brian Perry, of course, knew the strategy as well and was pleased with the Cougars ability to find the open shooters.
“They squeezed that zone against Laws pretty well and that allowed Jacob to have some good looks and he knocked down the shots,” said Perry. “All year long, when teams have come down on Colton, he’s done a good job of coming out to our shooters. Those open shots are what helped that high percentage, along with some transition easy ones off of some of their turnovers.”
The Cougars shot 59 percent in the first half (16 of 27), racing out to a 37-22 halftime lead. Raper scored 11 of his team-high 17 points in the first half.
West Henderson forward Josh VanWingerden, who found the going extremely hard in the first half, finally got going in the third period.
Van Wingerden and 6-6 wing Nick Ours combined for all of the Falcons’ 19 points in the third quarter, getting within 14 points of the lead at 45-31.
However, Raper came out of a timeout with another 3-pointer at the 4:45 mark for some breathing room but the Falcons still didn’t quit.
“They’re good a squad,” said Perry. “I thought fatigued might have been a factor when we turned up the pressure in the second quarter, but they composed themselves and made a run at us there in the second half.”
A put back by Ours to begin the fourth quarter cut it to 11 points at 54-43, but a jumper from Tre Williams, a Laws follow shot and a surprise 3-pointer from Andrew Hower signaled the beginning of the end of the Falcons’ season.
“This team has eight seniors and a lot of heart, so they didn’t want to see it end,” added Phillips. “We had a nice little comeback there, but Carson just kept hitting threes.”
The Cougars made seven 3-pointers for the game, and overall made 30 of 53 shots (57 percent). Carson had just six trips to the foul line but made five of them.
Raper made five of 10 from the arc to lead Carson. Jonathon Rucker followed with 15 points, 10 of which came in the first half.
Laws had a double-double with 12 points and 10 rebounds while Marquez McCain had 10 points.
Ours and VanWingerden were the scoring for West Henderson, with 24 and 19 points, respectively.
“We’re pretty good as a team,” said Laws. “Raper, Rucker and Tre did a great job early knocking down their shots and that got us going. We were able to be pretty consistent all night with our runs whenever they made a run at us.”
Carson, the 16th seed, will now have to travel to top-seeded Asheville Erwin on Wednesday.