From the back row to the driver’s seat: The man who made history in Salisbury 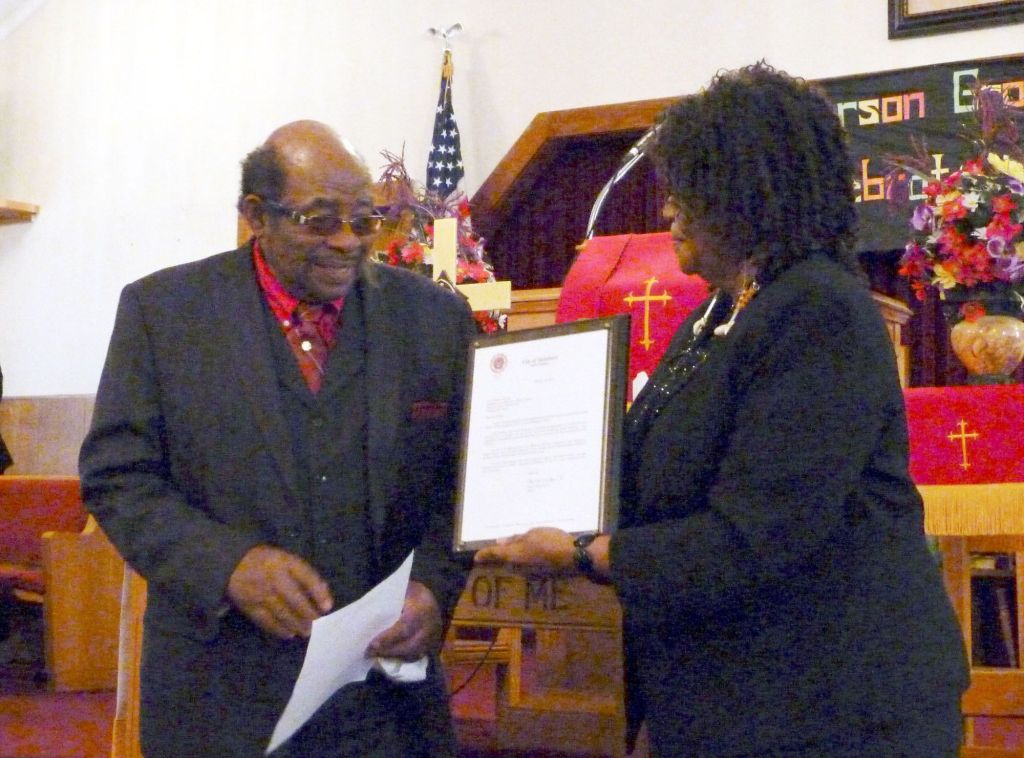 Thomas Leonard Phillips remembers the days before the Civil Rights movement, when he would walk two miles to the Salisbury city limits to catch a bus and have to sit in a back section reserved for African-Americans. Often, he said, there weren’t any seats left. In 1964, Phillips went from sitting in the back of city buses to driving them when he became Salisbury’s first black transit operator.

His home church, Henderson Grove Missionary Baptist off of Peach Orchard Road, honored him and two other members during their Black History Month celebration on Sunday.

Phillips never thought he’d be awarded for his job as a bus driver, and he never set out to make history — in 1964, he was just looking for a job. He heard that the city was looking for bus drivers and decided to apply.

“I didn’t think I was gunna get hired,” Phillips said.

But he was. Phillips said the other bus drivers were accepting, kind, and welcoming. They helped him learn the routes and answered any questions he had about the job. In all, Phillips worked in the transit system for ten years, from 1964 to 1974, as a bus driver and doing some work in the office.

“I had some wonderful years,” he said, reflecting.

Phillips recalled a time when the city of Salisbury chose him and another bus driver to compete in a rodeo contest in Charlotte. Phillips said they came in second place and won $100 savings bonds. He called the experience “thrilling.”

Since his days as a bus driver, Phillips has lived a quiet life. Married to wife Carolyn for 44 years, Phillips has five children, lots of grandchildren, and even a few great-grandchildren. He is heavily involved in the church and sings in Henderson Grove’s Male Chorus.

As far as Phillips knew, Sunday’s celebration was nothing more than a commemoration of Black History Month. The service was orchestrated by member Brenda Rice McNeely, who says her talent is helping others shine. Designed to exhibit the church’s large talent pool, the service featured songs from the choir and the men’s chorus, a number of praise dances, a poetry reading, a short skit. Phillips sang in the service, and enjoyed the other performances. He did think it was odd that so many of his children turned up to the service, though.

That question was answered soon after when Phillips was called up front, along with members Carrie Bell Hawkins and Noah Wiseman Jr.. Hawkins and Wiseman were honored for their service to the church and were named the church mother and father for their lifelong dedication to their Lord and the congregation. Phillips was also honored by the church for his service—with an added bonus. McNeely presented Phillips with a plaque from Salisbury Mayor Paul Woodson thanking Phillips for his service to his church and community.

“Of all people, me. I never thought it would be me.” He said.

Phillips has led a full life, and gives all the thanks to God. He plans to stay involved in his church and community for as long as he can, but says that this day was something special.

“This is the most exciting day I’ve ever had,” Phillips said.

Granite Quarry looks for a brand — could it…