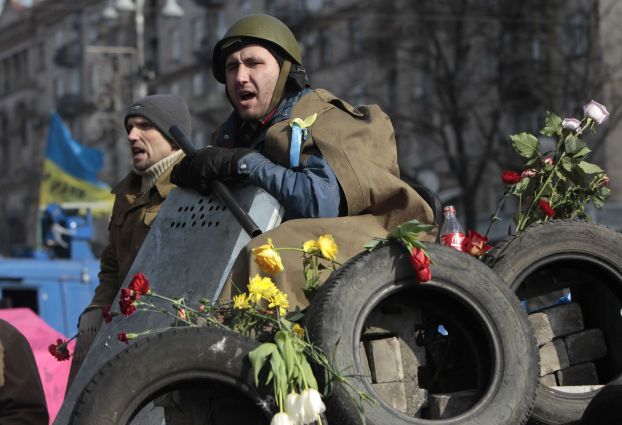 Your daily look at late-breaking news, upcoming events and the stories that will be talked about today:
1. ARREST WARRANT OUT FOR UKRAINE’S PRESIDENT
The acting government accuses Viktor Yanukovych, who was last seen in Crimea, of mass crimes against protesters in Kiev.
2. RUSSIA, PROUD ARCHITECT OF SOCHI GAMES, TAKES A BOW
The most expensive Olympics ever come to a close after some bumps along the way but without any of the terror attacks that had been feared.
3. WHAT LED TO MEXICAN DRUG LORD’S CAPTURE
The discovery of an aide’s cellphone proved a key break in the long chase to find Joaquin “El Chapo” Guzman, the legendary leader of the Sinaloa cartel.
4. WHERE OBAMA IS LOOKING FOR HELP WITH THE ECONOMY
The president will meet with governors of both parties at the White House today.
5. WHO’S MAKING SPORTS HISTORY
Jason Collins signs a contract with the Brooklyn Nets, becoming the NBA’s first active openly gay player.
6. MUCH-WELCOME RAIN FORECAST FOR CALIFORNIA
After the driest year in the state’s history, two storms are expected this week — but more than a few inches of precipitation is needed to end the drought.
7. AMERICAN FUGITIVE KILLED IN ISRAELI PRISON GUNBATTLE
A man who fled murder charges in the U.S., only to do time in Israel, steals a gun and shoots several guards before the prison is stormed by special forces.
8. ‘PIERS MORGAN LIVE’ COMES TO AN END
CNN says the host, who succeeded Larry King, has recently had lackluster ratings after a three-year tenure.
9. NOW COMES THE CLEANUP IN SOCHI
As athletes leave the Winter Games behind, Russia deals with heavy air traffic and prepares Olympic Park for the Paralympic Games.
10. WHY DAYTONA COULD USE A DOME
Dale Earnhardt Jr. had to wait out a rain delay of more than six hours before he would win the NASCAR season-opening Daytona 500.

SALISBURY — The recent warm weather has the first iris leaves already popping through the ground of the herb garden... read more