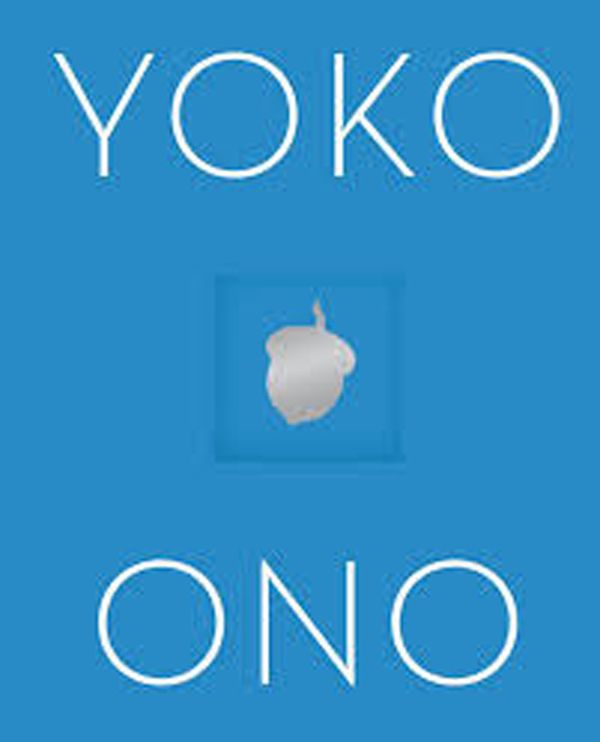 Between celebrating the Beatles’ 50th anniversary on Feb. 9 and her own 81st birthday on Tuesday, Yoko Ono has been back in the spotlight recently.
Perhaps those anniversaries were part of what motivated her to publish her newest book, “Acorn,” just before Thanksgiving.
Put aside any misgivings you have about Ono’s impact on John Lennon — in fact, leave the Beatles out of the picture entirely — or her career as a singer and artist, and what you have in “Acorn” is a small book packed tightly with thought-provoking, artistic insights.
“Acorn” picks up where Ono’s 1964 book “Grapefruit: A Book of Instructions and Drawings” left off.
That original volume was packed with Ono’s drawings and short, poetic passages intended to provoke thought and action, including her instruction to readers to “Burn this book after you’ve read it.”
In her introduction to “Acorn,” Ono writes (in her typical sparse style) that the pieces in her latest work were written “some years ago … for a website event.”
With no chapters, as such, the short pieces range from thoughtful “instructions” to short reminiscences on the world as she sees it.
The first, “Your Piece,” actually isn’t a poem at all, but a place for the reader to write his or her name, likes (but not dislikes) and attachments (animate and inanimate).
For “Age,” instead of giving a number, one completes the sentence, “I am at the age where …”
From there, the book unfolds into “sky pieces,” “city pieces,” “connection pieces,” “watch pieces” and more.
Each type calls on the reader to imagine the world in a different way.
For instance, “Earth Piece IV” asks the reader:
“Measure the horizon from where you sit.
“Let us know its length and why.
“For example: The horizon is short
“because it is between two buildings.
“Think what that length is doing to your mind.”
As the “earth pieces” ask readers to appreciate the immensity of the planet, “city pieces” have an overriding theme of people’s living spaces.
In its entirety, “City Piece I” asks readers to:
“Find a spot that is comfortable for you.
“Keep the spot clean.
“Think about the spot when you are away.”
There are many readers who would never pick up this volume regardless of whose name is on the cover.
Just as she has always done — in art, in music and in literature — Ono is clearly aiming her work at those who will allow themselves to appreciate it.
The facing pages feature artwork by Ono, using the same pointillist style she used in “Grapefruit,” which she calls “dot drawings.”
Just as with her poetry, the drawings are abstract — and their artistic merit is definitely in the eye of the beholder.
No matter how sublime her sentiments, Ono’s “Acorn” always brings the reader back to real life with a suddenness that is either wry or cutting, depending on the moment.
“Dance Piece I” is simply one word: “Dream.”
“Dance Piece II” follows with two words: “Dream together.”
“Dance Piece III” instructs: “Take your pants off / before you fight.”
For writers and artists alike, “Acorn” could provide a repository of good ideas, while quite a few of Ono’s “instructions” would make interesting prompts for creative writing groups.
And, if you’re a fan of Yoko Ono, her newest book will probably give you some insight into her attitudes on life after 81 years.
The last work in the book, “End Piece,” asks readers to think of the people close to them as planets with orbits of their own.
“Sometimes it’s nice to just watch them / orbit and shine,” Ono writes.
That’s a good sentiment, but it’s all the more telling coming from an artist whose fame will always be connected to some of the brightest stars of the 20th century.
If the orbits we choose for ourselves determine our destinies, then Ono’s “Acorn” could be seen as a chance to change our own velocity — or at least take a moment to realize where we’ve come from, and where we’re heading.

Hugh Fisher is a college English instructor and regular freelance contributor to the Salisbury Post.