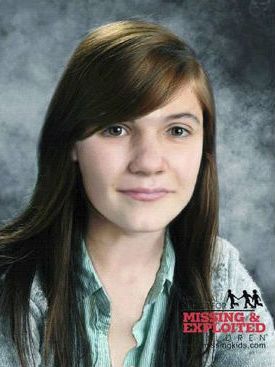 A local church is hosting a public birthday party for missing teenager Erica Lynn Parsons on the day she would celebrate 16 years.
Parsons, whose birthday is Monday, hasn’t been seen in two years, but her disappearance has been the subject of a law enforcement investigation since July. The teen’s adoptive brother, James “Jamie” Parsons, reported her missing July 31, saying he’d not seen her since November 2011.
The girl’s adoptive parents, Sandy and Casey Parsons, maintain they let Erica live with her biological grandmother, a woman they knew as Irene “Nan” Goodman.
Investigators and other family members say Goodman does not exist and they question the Parsonses’ statements. The couple say were duped into believing Goodman was really Erica’s grandmother.
Sandy and Casey Parsons adopted Erica as a baby. Her biological mother, Carolyn Parsons, was married to Sandy Parsons’ brother, Steven.
Carolyn has also said she doesn’t believe Casey and Sandy, and she believes they have something to do with Erica’s disappearance.
The church, Breakthrough Faith, is located at 1901 N. Cannon Blvd, Kannapolis. The event will begin at 7 p.m.
One of the event’s organizers is Echo Wilson, who said she is a second cousin of Erica’s through her adopted family.
“I would like everybody to show up. We would like for this to be the biggest event possible because this is her 16th birthday. We don’t know when the last birthday she celebrated,” Wilson said.
In lieu of birthday gifts, Wilson said organizers have asked that people donate canned or boxed non-perishable food items, personal hygiene products or a gently used or new blanket for a person in need.
Wilson said she occasionally still comes into contact with people who have never heard about Erica and don’t know she’s missing. Wilson said she never had the chance to meet Erica.
Amy Miller, the Michigan mother who hired Casey Parsons in 2001 to be a surrogate, says she’s just glad Erica’s name and face are still out there.
She was made aware of the birthday party being hosted for Erica and said she’s happy something is being done.
“I don’t want the community to forget about her,” Miller said.
She is saddened just thinking Erica should be planning a Sweet 16 party with friends and getting her driver’s license.
“I will be there in prayer for sure. I pray for her everyday. I wish people who know where she is would come forward,” Miller said.
A month ago, the FBI added a $25,000 reward in the case, bringing the reward to $40,000 with the $10,000 from the Rowan County Sheriff’s Office and $5,000 offered by talk show host Dr. Phil McGraw.
Anyone with information about the disappearance of Erica Lynn Parsons is asked to contact the Rowan County Sheriff’s Office at 704-216-8700 or the FBI Charlotte office at 704-672-6100.
People can also contact the nearest American Embassy or Consulate, or submit a tip on the FBI’s website https://fbi.tips.gov