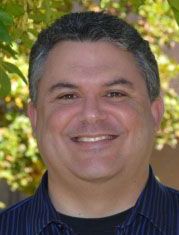 Monday, Feb. 17 John Stafford began as the director of music ministry at First Presbyterian Church of Salisbury. Sunday, Feb. 23 will be his first Sunday in worship.
John grew up in Churchland and has lived in Charlotte for the past 15 years.
He is no stranger to our community. He attended Catawba College where he studied as the Leo and Virginia Wallace First Family Scholar with two majors in music and a minor in business administration. John’s father currently lives in Salisbury.
He has served three Methodist churches and one Presbyterian one since graduating. Most recently he has served as minister of music at Sharon United Methodist Church in Charlotte. There he has directed the Chancel Choir, Handbell Choir, and has been the organist.
In the five years at Sharon, the Chancel Choir grew from 20 to 35 voices. They also have a contemporary worship service where John has led vocalists and the praise band from the keyboard.
John is very involved already in the community of Salisbury. He has been an adjunct professor since 1998 at Catawba College, where he has served as music director, co-music director, conductor and/or pianist for seventeen musicals.
John also works with David Hagy of the Salisbury Symphony. He is a regular participant in the annual “Big Band Bash” and regularly composes full orchestral arrangements for the Salisbury Symphony.
Hagy has said that First Presbyterian Church will be so fortunate to have John as music director, and the community of Salisbury will also be fortunate.
John is married to Mary Stafford and they have two sons.
He states that he has always loved what he has done in Salisbury, but he has always longed to serve at First Presbyterian Church. John is so excited about working with the church to grow and develop the music ministry of the church. As someone who was a cheerleader for Catawba College years ago, John has never lost his enthusiasm for what God is calling him to do.
On Sharon’s website John writes these words:
“I am the one you’ll see behind the keyboards (organ, piano, synthesizer) at our services. I’ve been assisting with music in worship since I was in high school, and been directing music in the church since 1990. I’ve served congregations of hundreds to thousands, and have been at Sharon since 2009. My call into ministry has definitely been led by God. God has definitely been driving this train!”
John is confident that the Spirit is now leading him to First Presbyterian Church and the church is excited to have him in Salisbury.
First Presbyterian Church is thanking God for the discernment of the Search Committee and thanking God for bringing John Stafford back to serve in Salisbury.