Wisdom of the kayak: A tribute to Dr. Gordon Senter 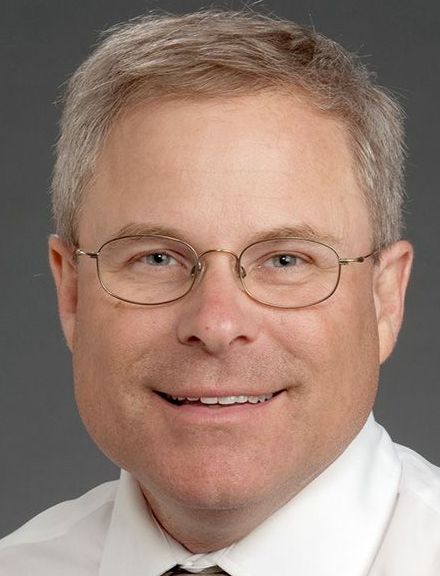 Recently, the High Rock Lake community lost a great and noble friend, Dr. Gordon Senter of Salisbury. Through his work, his life, and even his leisure, he left a lasting imprint on countless souls, including me.
Gordon’s concern for and impact on others showed early. As a college student, he was drafted to fill the pulpit at a local Baptist church for an entire year. After retiring from his solo medical practice in Salisbury, he found a new way to preach and minister to others. So it was that he taught me and many others the Wisdom of the Kayak.
For years after we moved to the lake, I saw him only as a silhouette on the water. I would watch in amazement as he quickly, effortlessly and gracefully navigated the lake.
I was intrigued by this mysterious figure. I wanted to toss my newly purchased kayak in and join him, but this seemed too forward. So one day when he got close enough for me to do so, I waved him to my dock. His easy, gentle way immediately endeared him to me. Despite his understated, quiet nature, I sensed this man had a lot to teach me. And he did.
In our paddles together, Gordon taught me the best places on the lake to view bald eagles, nesting osprey and white egrets nesting thick as snow. I learned to tell a kingfisher from a swallow and a blue heron from a green heron.
I also learned that life is not a race but a journey that we can make with peace, confidence and joy because of God’s enduring love for us. And that others have interesting and instructive stories to share if you draw them out with sincere and gentle queries, as he did so naturally.
Gordon exuded earnest consideration. Despite his 20 years seniority, he always insisted on paddling the extra 1˝ miles to pick me up at my dock rather than meeting halfway. Then, at the end of each trip, he insisted on escorting me all the way back to my dock. I never succeeded in convincing him to waive this signature courtesy, even in the middle of pelting rainstorms.
Gordon’s smile was encouraging, uplifting and contagious. He asked thoughtful questions and never interrupted my long-winded replies. He’d encourage me to go a little farther than I had initially planned and could make an 18-mile paddle feel short and fun. He would adjust his speed to match mine and pause when I appeared to tire, which he never did.
I lost my father when I was very young, and Gordon was the role model I had needed. He taught, shaped and enriched me without me realizing it. He even refreshed my approach to my grant applications, the most difficult part of my job, by helping me articulate why my proposed projects were important to mankind, and not just to my continued employment.
Gordon seemed to make each trip about me, as though he were an apostle sent to subtly revitalize and refine me. The only success I had in getting Gordon to talk about himself was when I asked about his family, church, choir or his volunteer work at the community care clinics and international medical mission trips.
Our paddling trips on High Rock Lake were almost always spontaneous. He seemed to prefer it that way. He didn’t seem to mind the many times he stopped by my dock, and I wasn’t there or was engrossed in a task and declined to join him. He would continue on solo, and I would shortly be wishing I’d made a wiser choice and gone to “church” with him. Now I wish it even more.

Our last trip together was organized. He had chosen a spectacular stretch of the Dan River in southern Virginia and invited friends, neighbors and family.
It was a perfect September day and the water was ideal. This was my third trip with his teenage grandson, Paul Cline. A man of Gordon’s caliber and demeanor can help shape multiple generations. Paul has Gordon’s gentleness, considerateness, affability and joy. I found that he also matches Gordon’s voice.
As we entered a stretch of the river with high granite walls that reflected every sound, Gordon launched into a glorious hymn and Paul joined in. Their identically timbered, a cappella chant was other-worldly. I rested my paddle, closed my eyes and thought, “So, this is what heaven is like!”
Gordon’s memorial service packed the large First United Methodist Church in Salisbury to the balcony. As evidenced by the attendance, Gordon focused on people much more than things. I learned that Gordon exhorted all he met to relent to the spell of the kayak and its wonderful ability to bring peace, perspective, introspection, fitness and communion with nature and God.
He specialized in patiently shaping people to be their best, in the same way that he patiently crafted the beautiful, sleek, agile, custom wood kayaks that made for an attractive “pulpit” while on the lake.
I learned that Gordon’s “kayak converts” included Senior Pastor Stephen Haines. An experienced, usually well-composed clergyman, he struggled at several personal moments during his sermon. He explained that he had lost a best friend and detailed precisely how Gordon had profoundly enriched his own life. He described how Gordon had similarly influenced and enriched the entire congregation, his neighbors and his patients.

The service confirmed my own conclusion that this had been an extraordinary man. I was left in awe at my great fortune to have paddled many trips at his side. And filled with sorrow that there would be no more.
When I returned home after the service, I felt compelled to paddle, even though the sun had just set and a cold winter night was quickly rolling in. My wife read it on my face and silently helped me into my gear. I had no idea where I would go; I just started paddling. Then I saw in the distance the point where I had frequently offered to meet Gordon. I was drawn to that spot. I paddled faster and faster, with long hard strokes. Tonight, I was finally going to meet Gordon half-way.
When I got there, I released the paddle. I wept and then I wailed as I drifted into the night. Slowly, the deep sorrow began to be replaced by joy. I raised my arms to thank God for the precious gifts He had given to me and to so many others through our time with Dr. Gordon Senter.
Dr. Dalane W. Kitzman lives near High Rock Lake and enjoys kayaking, fishing and birdwatching. His new companion on these trips is Daisy Mae, a 2 year-old rescued mountain feist dog.