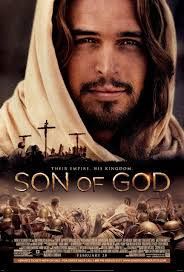 Christian leaders, including megachurch pastor Rick Warren, plan to rent every screen in numerous multiplex theaters across 10 cities for the premiere of Mark Burnett and Roma Downey’s upcoming Jesus film, “Son of God,’’ on Thursday.
The unusual move reflects the confidence Christian leaders have in Burnett and Downey’s work in the wake of “The Bible,’’ a hit miniseries on the History channel.
The “Son of God,’’ an adaptation from “The Bible’’ series, opens in theaters nationwide Friday.
Many religious leaders are citing the movie as a natural opportunity to evangelize. Warren may have a vested interest in the film, since he wrote a curriculum tied to the movie and published by LifeWay Christian Resources.
Cinemark Theaters is scheduling a few large-scale buyouts on Thursday.
(Tickets are available for the Thursday night premiere at Tinseltown, 300 Faith Road, Salisbury. To reserve tickets, go to www.cinemark.com or go to the theater.)

The couple behind the show, producer Burnett and former “Touched by an Angel’’ star Downey, have enlisted interdenominational support from religious leaders such as Texas megachurch pastor T.D. Jakes and Roman Catholic Archbishop Jose Gomez of Los Angeles.
The couple has also tapped Compassion International, a large evangelical relief organization, to distribute tickets to churches. The couple are close with Houston megachurch leaders Joel and Victoria Osteen, who flew to Morocco to see the filming and have bought 8,000 tickets to distribute.
After Mel Gibson’s “The Passion of the Christ’’ made $612 million, observers expected to see more films about Jesus. Several upcoming Bible-related films are now in the pipeline.
LD Entertainment is backing the upcoming film ‘’Resurrection,’’ a drama set immediately after Jesus’ death. American Trademark Pictures is set to release “The Resurrection of the Christ.’’ And the nonprofit In Jesus’ Name Productions is planning to release a film on the life of Jesus called “The Messiah.’’
Several business leaders are also donating tickets to churches and nonprofits, including Mart Green, heir to the Hobby Lobby family of companies.
The film is about two hours long, featuring actor Diogo Morgado playing Jesus during his life, crucifixion and resurrection. Downey plays Mary, the mother of Jesus. Recording artist CeeLo Green, who stars on “The Voice,’’ will sing “Mary, Did You Know?’’ during the closing credits.

The small group curriculum resource by Warren is a companion piece to the movie. “Son of God: The Life of Jesus in You” is a DVD small group Bible study, which features Warren explaining how you can find your purpose in studying the life of Jesus. The study is available at LifeWay Stores.
“There’s nothing more important you can do with your life than spending time getting to know Jesus,” said Warren, pastor of Saddleback Church in Lake Forest, Calif., and author of “The Purpose Driven Life.”
The six-session study features video clips from the theatrical movie “Son of God” and videos from Warren explaining Jesus’ teachings and their impact on people’s lives.