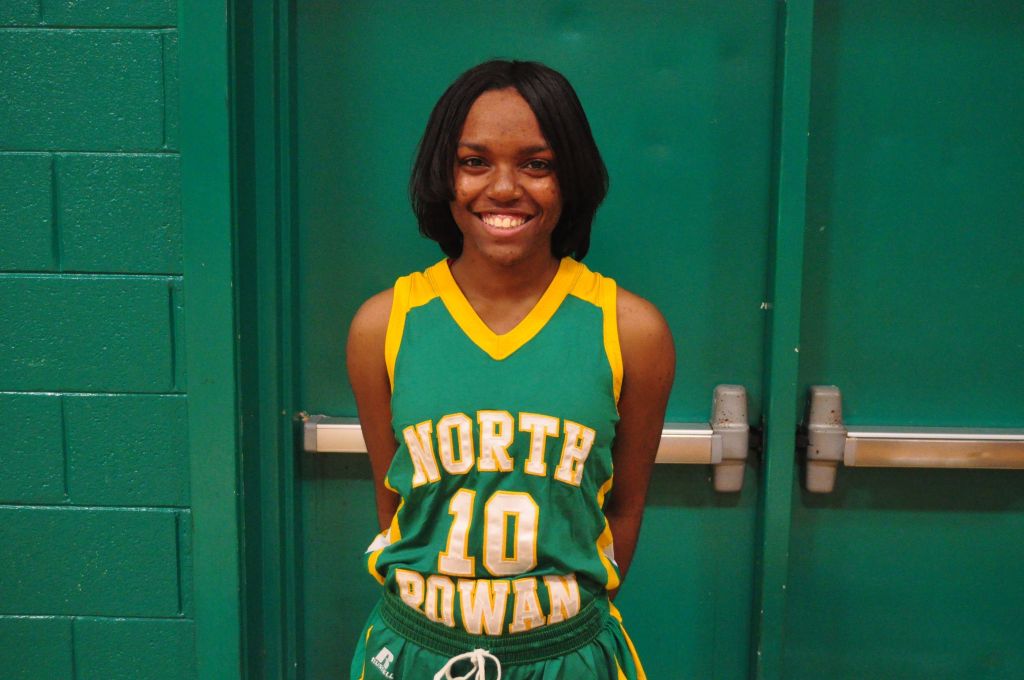 LEXINGTON — It was definitely a tale of two halves but in the end the North Rowan girls claimed the championship berth they were seeking.
The Cavaliers (17-4) held off host Lexington in the Central Carolina Conference semifinals 75-60, Thursday night and now get another shot at league kingpin East Davidson.
“I am ready and the whole team is ready,” said junior guard Demeria Robinson of tonight’s pending title battle. “We just have to keep calm and play the whole game together.”
Robinson led four Cavs in double figures with 26 points and eight rebounds. She was one of the key reasons why North blitzed to a 20-2 lead and were up by 31 late in the first half, 39-8.
The vaunted North defense produced 21 first half turnovers including 10 steals, led by Robinson, Special Washington and Nycieko Dixon.
With an apparent rout in the works, Lexington ( 14-8) turned it completely around in the second half and threw a major scare into the Cavs. The 31-point lead evaporated and was trimmed to seven twice in the fourth quarter.
Defensive pressure and some timely threes by Emmerson Hayes and Callie Herman led the improbable rally. After scoring just 12 in the first half, the Yellow Jackets rolled up 48 in the final two quarters. But it still wasn’t enough.
The key sequence came with just over two minutes left to play and North reeling with a 61-54 lead. Robinson saved the day with two clutch drives down the lane to make it 65-54 then Ashley Blaire drained a long three to make it 70-55.
“We had to do something, “ Robinson stated, “ Because everybody was just in a rush. I had to put the team on my back.”:
North coach Brian Lytton was a little more blunt. “We played very well early, “he said, “ But we did panic a little bit to tell you the truth. We made some really silly turnovers.”
North sealed it in the final minute hitting five of eight free throws.
“We just didn’t get settled in during the first half and had so many turnovers“ Lexington coach Lamont Johnson said. “But the second half was amazing for us.”
Following Robinson in scoring for North was sophomore Aliyah Farmer with 17 points and eight rebounds despite foul problems. Washington had 10 to go with eight steals and Blaire also had 10.
Herman and Karrigan Elison had 15 each for the Jackets and Hayes added 12.
North already has a No. 2 state playoff seed secured but a win tonight over top seed East Davidson would validate their solid season.