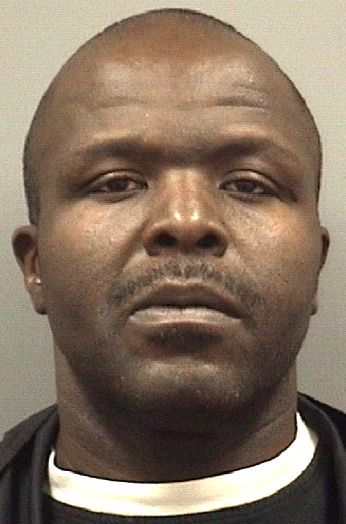 KANNAPOLIS — Rowan-Cabarrus Community College’s South Campus in Kannapolis was placed under lockdown around 9:35 a.m. this morning. The lockdown was the result of reports that an individual had a handgun in the parking lot of the South Campus. He was later arrested and charged. The college locked the campus down to conduct the investigation. Additionally, the college sent out a campus alert message to students, faculty and staff via email, text and phone.
The South Campus location remained locked down for approximately one hour until Kannapolis Police Department secured the campus and completed their on-site campus investigation.
Police charged Jonathan Eugene Maddox, 48, with possession of handgun on campus and possession of firearm by felon. Police say there was an altercation between Maddox and a student before Friday and it led to a confrontation. Maddox, armed with a handgun, threatened the student.
The Kannapolis Communicatons Center received a phone call sometime between 9:05 a.m. and 9:10 a.m. that a man was on campus with a handgun. Officers responded and set up a perimeter to search for the suspect, later identified as Jonathan Maddox, said Kannapolis Police Capt. Ken Jackson.
Jackson said law enforcement received information that Maddox was seen walking away from campus toward the Circle K next to the campus. He was found a short time later inside the convenience store and detained. But authorities did not find a handgun on Maddox. Witnesses and the victim told police they had seen him with a gun, Jackson said.
Police don’t yet know if the altercation occurred on campus, Jackson said.
“We are still looking for the handgun. We have not located it,” he said.
Jackson said law enforcement will likely bring additional charges against Maddox.
The college administration issued an “all clear” for south campus at 10:20 a.m. There are no reports of anyone being harmed in this situation. Students, faculty and staff have been told to resume their normal Friday activities.
The Kannapolis Police Department is continuing an investigation of this incident. No other Rowan-Cabarrus campuses are affected. All other locations will conduct normal class schedules.
Maddox has been convicted of assault and battery, drug possession, larceny, driving while impaired, communicating threats and assault on a female. He is on probation for an August 2012 conviction in Rowan County for drug possession.