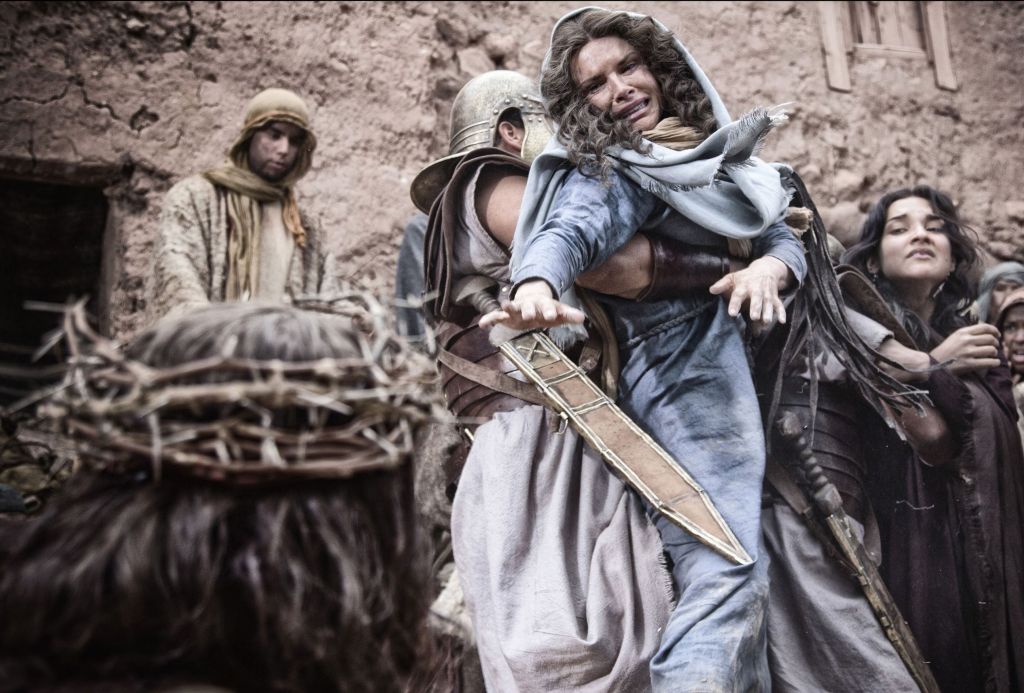 Forget what’s certified fresh on the Rotten Tomatoes website.
Cardinal Donald Wuerl calls “Son of God,” opening in theaters Friday, “engaging and compelling.” Bishop David Zubik, after watching an advance DVD five or six times, pronounces it very, very powerful.
“Son of God” is a 138-minute movie drawn from the History Channel’s “The Bible.” The 10-hour miniseries premiered in February 2013 and covered the Old and New Testaments.
The film opens with a quick Old Testament montage but concentrates on the New Testament and incorporates footage not seen on television.
It’s being billed as the “first major studio feature film on the complete life of Jesus Christ since ‘The Greatest Story Ever Told’ 50 years ago.”
Produced by actress Roma Downey and husband Mark Burnett, “Son of God” stars Portuguese actor Diogo Morgado in the title role and tracks Jesus from his birth through his teachings, crucifixion and resurrection. It opens in select theaters with 10 p.m. Thursday showings — including Tinseltown in Salisbury — and everywhere the next day.
Bishop Zubik, whose reflections about the movie are available at http://vimeo.com//85569045, was one of a half-dozen bishops invited to share their thoughts in such a manner.
“There are a number of scenes that really captured my heart,” he said in a recent interview.
Among them: The reaction on the faces of Joseph and Mary as the Magi bow before the Christ child and they realize God’s promises are coming to pass; Jesus’ call to Peter, the first miraculous catch of fish and the melting of the disciple’s resistance; and a scene where Jesus prays over Lazarus and kisses him on the top of the head and the dead man opens his eyes and comes back to life.
“The Stations of the Cross, that portion of the film is very graphic in terms of the violence,” the bishop said, “but in the midst of it all, it’s the tenderness of Jesus either to his mother or to the man who plays Simon of Cyrene or the way in which Jesus reaches out to the thieves that are [hanging] on either side of him or the way that he looks down on the soldiers that are executing him, it’s just a very beautiful, beautiful portrayal of the best of Jesus as a human being as well as Jesus as the son of God.”

The film is being repackaged and expanded in another way with “The Bible: Son of God Tour,” a two-hour live event promising immersive video and visual effects with live musical performances.
Scheduled to perform are musical artists Francesca Battistelli, Sidewalk Prophets, Natalie Grant, Chris August, Meredith Andrews and Jason Gray. See www.thebibletourexperience.com for more information.
It will make 16 stops from March 20 through April 13, including at Victory Family Church on Route 19 in Cranberry. Tickets are on sale and all 2,400 are expected to sell out before the April 10 event.