Carson puts it all together to stun Spiders 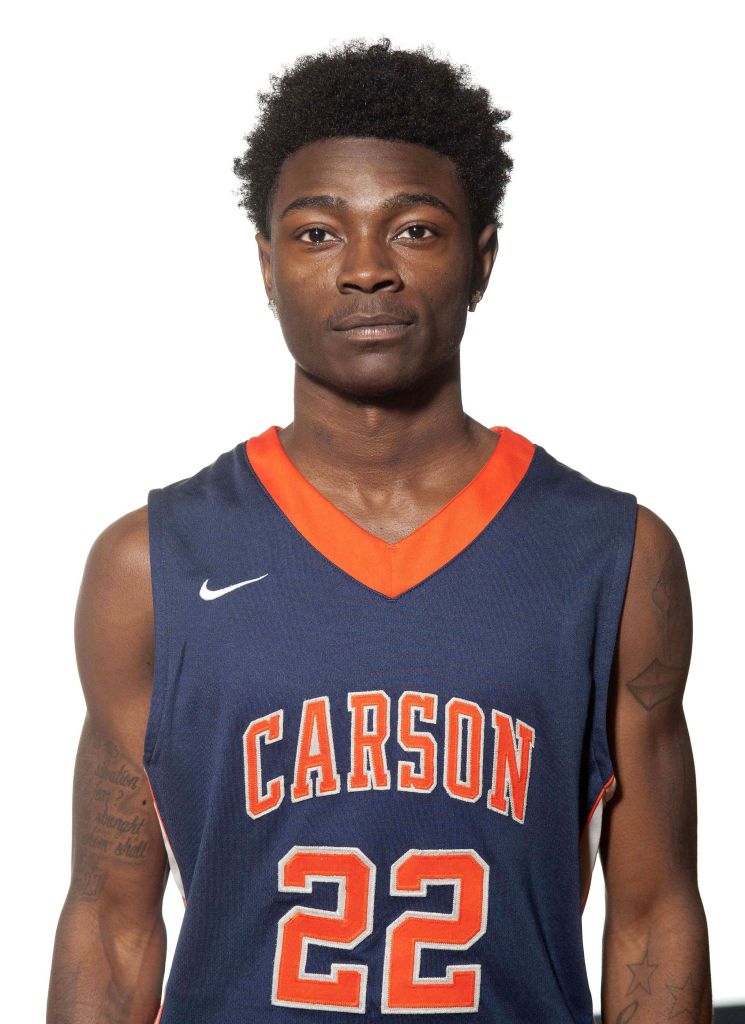 CHINA GROVE — Concord’s second-ranked boys hadn’t lost a basketball game since Dec. 21, but coach George Walker saw what happened on Thursday coming.
What happened was a 73-66 upset of the Spiders by fourth-seeded SPC tournament host Carson.
“I’ve seen this coming for two weeks,” Walker said. “We’ve been like Syracuse (the nation’s No. 1 team lost to Boston College on Wednesday). We’ve been winning close game after close game, but eventually you’re going to get beat. Carson played with more energy than we did and with a much greater sense of urgency than we did.”
When Carson (15-10) lost to Cox Mill 73-72 in the final seconds on Monday to close the regular season, it marked the Cougars’ fourth straight defeat in a fierce league. But they bounced back to beat Central Cabarrus in Tuesday’s first round, and on Thursday they ended Concord’s 14-game winning streak.
“It’s hard to beat a team like that three times,” Walker said. “Carson has a great team.”
Carson had more to play for.
Concord (21-3) lost only bragging rights and a trophy. It’s still headed to the 3A state playoffs as a No. 1 seed. For Carson, a lot more was at stake than just the revenge factor.
Carson’s victory, coupled with Hickory Ridge’s wild 70-64 loss to Cox Mill in the other semifinal, gave the Cougars the league’s No. 3 seed for the state playoffs. Carson and Hickory Ridge tied for third in the regular season at 8-8.
Carson would bump Cox Mill out of the No. 2 seed if it can beat the Chargers in tonight’s 8 p.m. championship game at Carson.
Carson lost to Concord 83-74 in December and 77-71 in February, so it knew it had the firepower to play with the Spiders.
“We knew what he had to do, we just had to go out and do it,” Carson’s Marquez McCain said. “What Coach (Brian) Perry stressed was to be aggressive. We just had to be aggressive at all times.”
McCain was a ferocious finisher and made two critical three-point plays in the fourth quarter to keep the Spiders at bay. Colton Laws (19 points) and Tre Williams (16) did what they usually do, so McCain’s 18 points — he averages about 10 — were pivotal.
“Marquez is just so athletic, and he’s been coming on lately,” Perry said. “Even when we were in a funk the last two weeks , he was the guy playing well.”
McCain had 19 Monday against Cox Mill and a career-high 20 last week in a loss against Northwest Cabarrus.
The other guy who was outstanding for Carson was Jacob Raper. He was a gnat defensively against Concord star Connor Burchfield, he made shots and he helped Williams handle the furious pressure Concord brings.
When the Cougars led 30-25 at halftime with Williams scoring just two, it was clear Concord was in for a fight.
The third quarter proved decisive. Concord got eight points from Jerry Burk inside, but Laws and McCain combined for 17.
The key point in the game came after Gregory Childress hit a 3-pointer for the Spiders for a 38-all tie.
Laws answered with a terrific burst — a swooping left-handed shot, a 3-pointer and a breakaway dunk that sent the mostly Carson crowd into a swirling orange frenzy.
Suddenly, the Cougars were up 10, and they would push ahead by as many as 14 in the fourth quarter.
“Concord is good,” Williams said. “But we played with a chip on our shoulder. We had no letdowns.”
Williams controlled the fourth quarter, made his free throws and got the ball to McCain in spots where he could finish acrobatically.
“Concord is good enough that they’ve been finding a way to win all the close ones,” Perry said. “But except for 45 seconds, we played a really solid game. We knocked down free throws, we got stops, and we rebounded.”