Carolina Stalite family helping daughter of one of its own 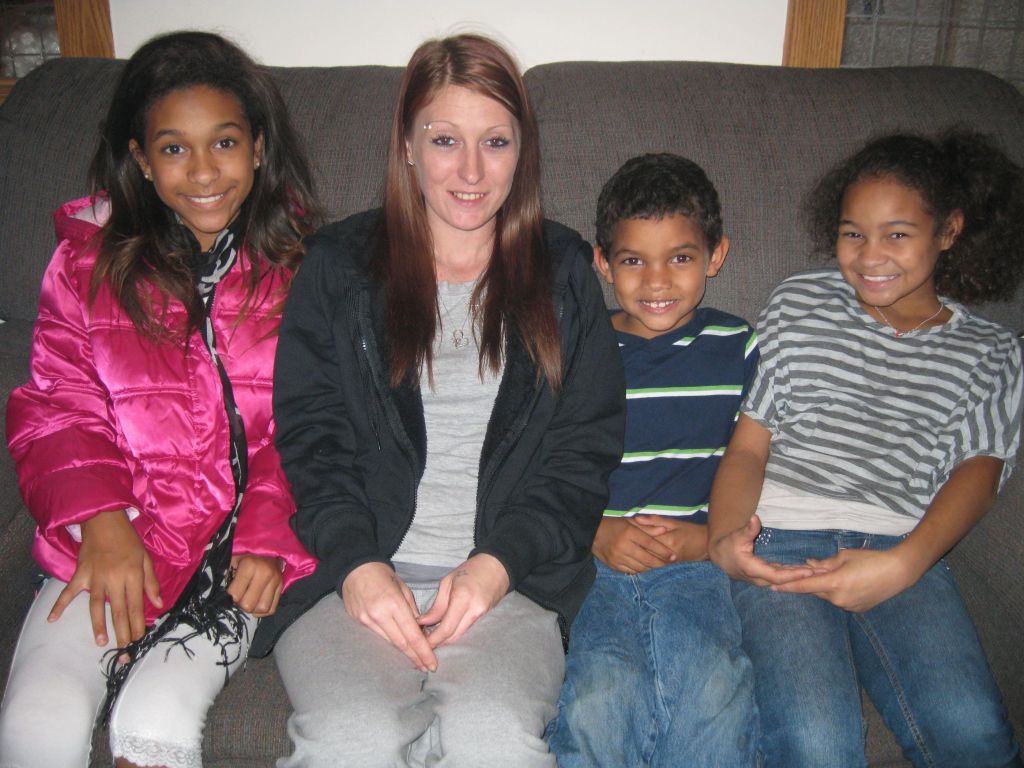 GOLD HILL — At lunchtime March 7, the folks at Carolina Stalite will hold a unique raffle.
You could say it has a lot of country practicality.
Ticketholders have a chance of winning a Remington rifle, a load of crushed stone (delivered), a deer mount, a pressure-washed house cleaning, a cord of firewood and a gear wrench set with other tools.
Winners might also take home two 30-minute massages, a 30-minute reflexology session or gift cards from Koco Java and Sweet Meadow Cafe in Salisbury.
The man expected to pull the winning tickets out of a big basket is Gary Brown, Carolina Stalite’s safety director and an employee for 34 years.
The $5-a-ticket raffle aims at providing some financial help for the family of Heather Brown, Gary’s daughter.
Heather, 30, has been fighting cervical cancer since being diagnosed last March, and it’s terminal.
Hospice & Palliative Care of Cabarrus County has been called in to help with Heather’s final months. She has been staying with Gary and stepmother Carol, while her children — Sky, 13; Desiree, 10; and Danny, 9 — live with their father and visit her as much as they can.
“We’re trying to help get them through,” says Ronnie Hamrick, assistant plant manager at Carolina Stalite.
Gary Brown is like family to his fellow workers at Stalite. Hamrick, Plant Manager Jessie Penley and others organized the raffle without Gary’s knowledge, and now Gary becomes a little choked up talking about it.
“There have been just so many people who jumped in, I was overwhelmed,” says Gary, who also is a Gold Hill volunteer fireman and a diver for the Rowan Rescue Squad.
“When your family is in a bad way, it’s amazing the love and friendship that comes out from people.”
Heather, who attended Erwin Middle School, East Rowan High and technical school made a lot of friends growing up in the Fisherman’s Cove area of High Rock Lake.
Before her sickness, she worked a long time at Marvin’s Family Restaurant in Mount Pleasant.
Heather went through rounds of chemotherapy and radiation treatments after her diagnosis. Last November, she was still hurting, and a scan showed the cancer had spread to her abdomen, pelvic area and lymph nodes on an opposite side of her body.
Doctors then became more aggressive with her chemotherapy, but the cancer could not be stopped after two rounds. The effort turned to treating her pain and keeping her as comfortable as possible.
“One of her biggest things is her children,” Gary says. “Losing her children is like me losing her.”
Gary and Heather are close. For 11 years, when Heather was still a youngster, Gary raised her and his two sons as a single parent until meeting and marrying Carol. Heather then came to know a younger stepbrother and older stepsister.
Gary Brown says he raised Heather to be independent.
“She’s a fighter,” he adds. “It’s not over yet.”
Carol and Gary have accompanied Heather as she made all her doctor visits and kept receiving the less-than-encouraging news.
“This is a heavy ordeal,” Gary says.
Hamrick says the support Stalite’s raffle received from businesses was generous and heartwarming.
He tips his hat to all the sponsors, which include Vulcan Materials, Trexler Trucking, Farrington Trucking, Body and Sole Integrative Health, Wings & Thangs, Rockwell NAPA, Lead Chunkers, J&K Pressure Washing, Sweet Meadow Cafe, Koko Java, Consolidated Truck Parts and Shaver’s Firewood.
Raffle tickets are available at several businesses, including Hap’s Grill in Salisbury. For other locations or information, contact Hamrick at 704-438-2106.
Gary Brown, 54, says his daughter’s fight “has pulled me back to Jesus.” He and Heather try to view Jesus as the vine, while themselves, family and friends are the branches trying to keep close to that vine.
“Jesus and my friends are what’s keeping me strong,” Gary says.