Get set for improv comedy this weekend at Lee Street theatre 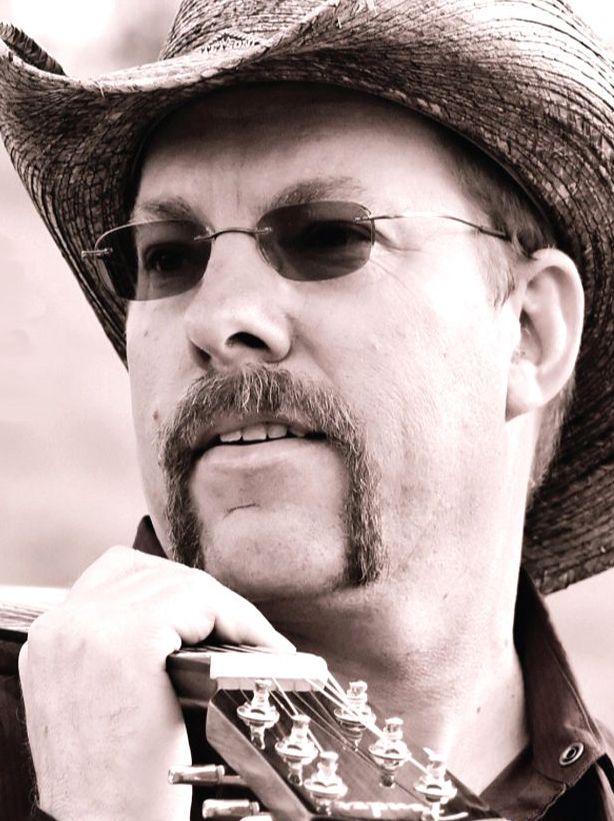 Lee Street theatre once again hosts Now Are The Foxes as they present two nights of hilarious improv comedy.
This show’s theme is ’80’s vs ’90s: Which band would win in a showdown, Motley Cru or Jessie and the Rippers?
Would you pick ALF over Doogie Howser?
Who was the better couple — Zack and Kelly or Corey and Topanga?
Break out those MC Hammer pants and get your funky cold medina from the bar. Now Are The Foxes perform for two nights only, Friday Feb. 21 and Saturday Feb. 22.
Tickets are general admission and are available at www.leestreet.org/tickets or 704-310-5507 or at the door.
Preforming at Uncle Buck’s on Friday, Feb. 21 is folk/country/blues songwriter, guitartist and producer Stevie Tombstone along with his partner in crime “hoodbilly” singer/songwriter Josh Morningstar.
Music on Saturday, Feb. 22 is Big Break, a locally based alternative surf rock jam band, returning for the first time since November.
Big Break, a hardworking hometown band on the rise, will be releasing new singles soon, and after a winter break are lining up at least six music festivals this spring and summer.
The band has two tracks off two EPs that are in rotation on Charlotte’s 106.5 THE END.
Uncle Buck’s All American Pub & Grub is located at 127 S. Main St. Call 704-633-3750 or see www.facebook.com/unclebucksgrub
A reception for the young artists from Cannon School, North Hills Christian School, Sacred Heart Catholic School, Salisbury Academy, and Rowan County Home School Association will be held at Waterworks Visual Arts Center this evening, Feb. 20 from 5 until 6:30 p.m.
This exhibition, which runs through March 1, celebrates the talents of our county’s young artists as well as the time and inspiration from art specialists. This event is free and open to the public.
The gallery at 123 E. Liberty St. is open Monday-Wednesday-Friday 10 a.m.-5 p.m., Tuesday-Thursday 10 a.m.-7 p.m., Saturday 11 a.m.-3 p.m.
Visti www.waterworks.org or call 704-636-1882.
Admission is free and open to the public; donations are appreciated.
Country musician Randy Allen’s music is reminiscent of George Jones, George Strait, and Jason Aldean. Allen will be performing at the Buccaneer Lounge, 440 Barringer Road, on Feb. 22 at 9 p.m.
For more details, visit www.tatemusicgroup.com/epk/?id=28191
Looking for something interesting to do on Saturday? Join the Historic Salisbury Foundation crew at the Hall House (226 South Jackson St.) from 9 a.m. to noon for volunteer work day, which will focus on cleaning and polishing items around the museum and getting ready for it to open for tours on March 1. It’s a fun way to learn more about this historic site and to meet others with an interest in history. See www.historicsalisbury.org for details.

CONCORD — A collection of silent films that were believed lost will be shown at the Davis Theatre on Thursday, Feb. 27.
The free screening of Seven Silent Films will be at 7 p.m. in the Davis Theatre at 65 Union St. S, in the Cabarrus County Historic Courthouse. Doors will open at 6:30 p.m., and seating is first come, first served. No tickets are required.
The films were exhibited around the world 100 years ago, then they were lost. They were rediscovered in a sea chest at a flea market in California and restored by the American Film Institute.
• “A Fool and His Money” Directed by Alice Guy-Blaché, the first woman film director, this 11-minute movie features an all-black cast. The film, originally released in 1912, is about a laborer in love with a rich girl. He finds money and poses as a rich man.
• “The City of Singapore” is a 1911 five-minute travelogue about the Asian city.
• Gertrude Norman Film. We don’t know the title of this sad 1910 film about a little girl who dies in a fire. There is a warning at the beginning of the 10-minute film that it contains a death scene.
• “The Lucky Holdup” Two old businessmen quarrel and then later learn their son and daughter are in love. This is the only known film from the early career of silent era star Dorothy Gibson. Many sources say she is a Titantic survivor, but the booklet with Seven Silent Films says she had a ticket but missed the ship. Some of this 1912 film is missing because it couldn’t be restored; about eight minutes remain.
• “The New Sign of the Globe Hotel” This 1910 film is about a group of workers trying to place a large globe sign on top of a hotel. They lose control of the globe and it rolls around wreaking havoc. The film runs four minutes, 42 seconds.
• “Distractions of Foolshead” This film stars André Chapuis, who was a top French comic actor in the early 20th century and made more than 100 films, including this one, as Cretinetti. During the eight-minute film, Cretinetti experiences a great deal of slapstick misfortune including falling out of a window, lighting a cigarette next to a gas can and knocking over the hats in a shop.
• “The Count of Monte Cristo” This almost 16-minute version of the classic novel is directed by and stars Francis Boggs. It is a complete performance of the tale as a stage play, including curtains between acts. It also includes the earliest known film of the San Diego coast.
For more information about the screening, call 704-920-2787 or visit www.CabarrusArtsCouncil.org
The Historic Courthouse is located at 65 Union St. S.
Modern Film Fest at the Davis is a partnership between the Cabarrus Arts Council and Modern Film Fest.
“Girls on the Run,” part of the The AAUW lecture series, has been rescheduled due to the weather. The presentation will be held from 6:30-7:30 p.m. on Thursday, March 13. Tanya Kummerow, Council Director, Iredell and Rowan County Girls on the Run, will speak.
The presentation originally scheduled for March 13, “Crossing the Line: Sexual Harassment in Schools” by Kathy Pulliam, will be rescheduled at a later time.
MOCKSVILLE — Broadway’s Best is offering classes for middle and high school students in Musical Theatre beginning March 3 at the theater in Davie County. Classes in Acting for Musical Theatre, Chorus for Musical Theatre and Dance for Musical Theatre are available. Middle school students can register for Acting on Monday’s at 4:30 p.m., Chorus on Tuesdays at 4:30 p.m. and Dance on Thursdays at 4:30 p.m. High school students can register for Acting on Monday’s at 5:30 p.m., Chorus on Tuesdays at 5:30 p.m. and Dance on Thursdays at 5:30 p.m..
Classes will meet for eight sessions. Sessions may not meet for consecutive weeks due to holidays, performances and other bookings in the theatre space, but they will receive eight hours of instruction for each class. Registration fees are $175 for each class and covers all eight sessions. All fees are due on or before the first class and no refunds will be issued once classes have begun. All classes for the spring sessions are considered introductory and no former training or experience is required.
Instructors include Katie Jo Icenhower who will be teaching Acting and Dance classes. Ms. Icenhower earned a BA in Musical Theatre, also studied at BADA in London, trained with Greensboro Ballet and Broadway Studios City Arts. Chorus classes will be taught by Stephen J. Durr. Mr. Durr earned Master of Music and Bachelor of Music degrees from SUNY Potsdam and is a professional member of NCMEA, NAME and ACDA.
Registration forms are available at www.broadwaysbest.biz or 336-575-4446.
Broadway’s Best Theatre Company is located near the intersection of I-40 and Farmington Road, Exit #174, in Davie County.
MIDLAND — Actual treasures from the shipwreck of Blackbeard the Pirate come to Reed Gold Mine for a six week exhibit.
“Blackbeard’s Queen’s Anne’s Revenge: 1718” features real items from the shipwreck of Blackbeard the Pirate.
The exhibit displays artifacts that represent weaponry, nautical tools and personal items, ranging from cannonballs, lead shot, gun flint, spikes and grinding stones, to dinner plates, a pipe stem and bowl, thumb screws and cask hoops.
At Reed Gold Mine, a ribbon-cutting event will be held at 11 a.m. Saturday, Feb. 22. Throughout the day visitors can complete scavenger hunts, visit the coloring/craft area and interact with living historians.
Reed Gold Mine is located at 9621 Reed Mine Road, Midland, 704-721-4653.
No fee is charged for admission or tours of the mine. Gold panning is available seasonally, weather permitting. The fee is $3 per pan. www.nchistoricsites.org/reed/reed.htm
The Harlem Globetrotters are coming to Goodman Gym at 7 p.m. on Wednesday March 19 for the Fan’s Rule Tour at Catawba College. Tickets available at 704-637-4474 or Ticketweb.com

LENOIR — The Caldwell Arts Council in Lenoir announces the 29th annual Sculpture Celebration to be held 9 a.m. to 4 p.m., Saturday, Sept. 6. The Celebration will feature sculptural artwork by artists from across the United States who will compete for cash prizes totaling more than $10,000. Realistic and abstract, traditional and contemporary, movable and stationary, indoor and outdoor – sculptures of all types will be on display. Lenoir’s Annual Sculpture Celebration is recognized as the longest-running sculpture competition in the Southeast.
Artists may register now. Registration for Sculpture Celebration is open to any 3-D artist up to the day of the event, and each sculptor may present up to three sculptures. Cost to register the day of the Sculpture Celebration is $80; significant discounts are available for early registration. Details are available at www.caldwellarts.com
Lenoir is located in the foothills of the Blue Ridge Mountains, off Hwy 321 between Hickory and the Blowing Rock / Boone area.