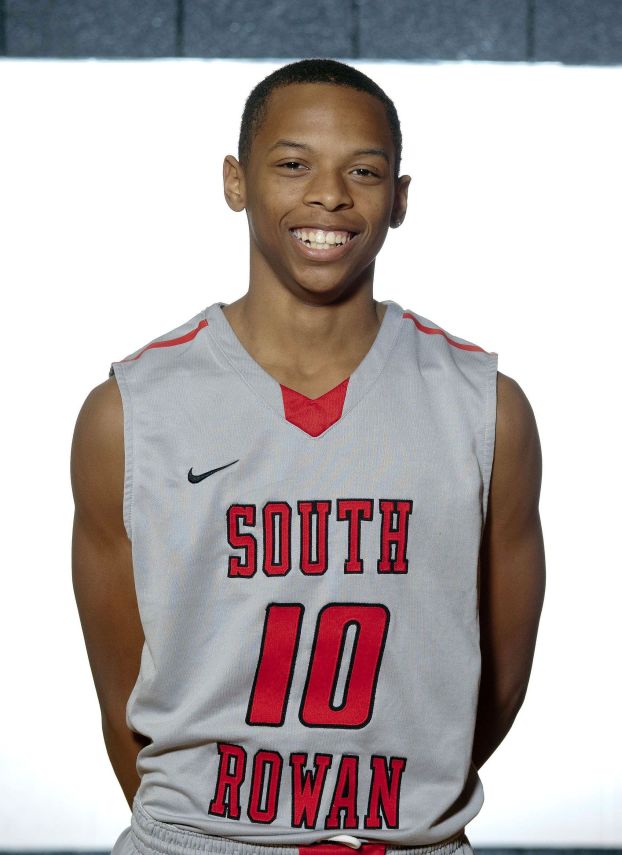 CONCORD — South Rowan head coach Bryan Withers and the Raider fans in attendance kept repeating the same question Tuesday night — where was this all season?
The Raiders played inspired, fearless basketball in the opening round of the Southern Piedmont Conference tournament, despite being the No. 8 seed and going up against regular-season champion Concord.
South hung tough and gave the Spiders a serious scare but couldn’t land the final knockout blow, eventually falling 85-74 in a game that was much closer than the final score indicated.
“It was a heck of a game,” an exhausted Withers said afterwards. “Our kids really laid it on the line. They deserve better than what they get.
“This is the team I thought we were the whole season.”
The Raiders started aggressive, getting open looks but fell behind quickly 12-5.
After a much-needed timeout, South settled in and began executing.
Four different players pitched in on a 11-4 run to close the first quarter with the game knotted up at 16-all.
As Concord began to slowly pull away in the second, the Raiders always had an answer.
Tryeek Wilder scored five straight to cut the deficit to one at 24-23 before Lavon Hill slammed one home to give South a one-point edge late.
The Spiders only led by six at the intermission, 36-30.
Concord came out determined to put the game away in the third, riding three three-point plays to a 14-point lead (53-39) with 3:10 remaining.
But South wouldn’t back down as Qwan Rhyne converted an and-1 before T’Vadis Graham-Wesley buried a trey in the corner in the final seconds to keep the game within reach heading to the fourth at 59-49.
The champs retook control of the game, pushing their lead to 15, while getting Hill and senior Shawn Spry to foul out of the game.
With their backs against the wall, South kept swinging, led by Wilder and Graham-Wesley.
Wilder, the breakout star, drained his fifth trey of the night, while Graham-Wesley scored eight in a row to bring the Raiders back within six (76-70) with 1:45 to play.
But the Spiders showed why they raced through the SPC unscathed and sank their free throws to escape with a bruising victory.
“If you saw this team, you have to believe that we are as good as anybody on any given night,” Withers said. “A few things went the other way, but it’s basketball and it happens. But we still fought back the whole time.”
Graham-Wesley set a career-high in his final game with 23 points to lead the Raiders, while Wilder decimated his previous career best of 10 by scoring 21.
“This season hasn’t been what I expected, but we were competitive,” Withers added. “These kids gave it their all and you have to be proud.”