Chipman all smiles after South victory 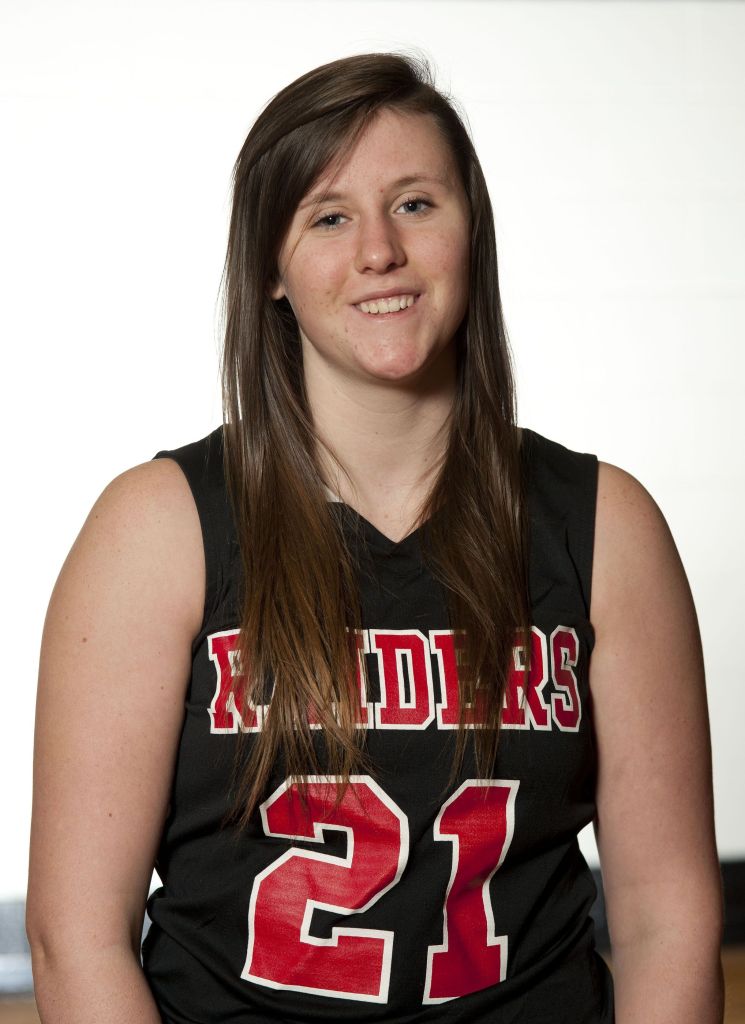 LANDIS — Say this much for South Rowan’s Cassidy Chipman — her timing was impeccable Tuesday night.
The junior forward limped up and down the court on an injured left foot, shot just 1-for-6 from the field and led the Raiders in bad body language. But the smile she wore after making her only field goal — a decisive putback layup with 19 seconds to play — was worth the price of admission.
“How can you not smile at that?” Chipman asked after host South rallied for a 51-48 win over West Rowan in a tense, SPC tournament first-round game. “When it comes to crunch time all you see is the ball going up. That’s all I saw. I knew it had to be mine.”
Chipman’s basket triggered a three-point play that helped South (15-8) erase a 10-point halftime deficit and advance to meet Cox Mill in tonight’s semifinals.
“It doesn’t matter how she’s playing offensively,” winning coach Jarrod Smith noted. “When it’s crunch time she always makes a play. She’s got three buzzer-beater 3-pointers this season. She’s got at least three or four and-ones late in the game that clinched wins for us. She gets timely steals and timely rebounds. It’s almost like no moment is too big for her.”
West (7-18) played a near-perfect first half, when it shot 17-for-18 from the free throw line and built a 33-23 halftime edge. “It may have been our best half of the season,” coach Ashley Poole said after WR’s season ended. “I look at it as a good start for next year.”
South opened the third quarter with a bang, quickly trimming its deficit to five when defensive guru Sylvetta Bost (8 points, 5 assists) drained a 12-foot set shot and Avery Locklear 17 points) burried a 3-ball in the first 40 seconds. The Raiders took their first lead when Locklear scored off an inbounds pass late in the quarter. Then in the fourth they limited West to one basket and took the lead for keeps when Chipman reeled in her 19th rebound and scored on a had-to-have-it power move.
“The ball was in the right person’s hands,” Bost said. “We have so much confidence in her.”
WEST ROWAN (48) — Hall 12, Martin 11, S.Miller 10, Alessandrini 7, Q.Miller 6, Yow 2, Lovell, Cowan.
SOUTH ROWAN (51) — Locklear 17, Bost 8, Chipman 7, Corriher 6, Hubbard 6, McClendon 5, Martin 2, Stamey, Chabala.
W. Rowan 17 16 7 8 — 48
S. Rowan 11 12 15 13 — 51