West boys come up short despite 30 from Long 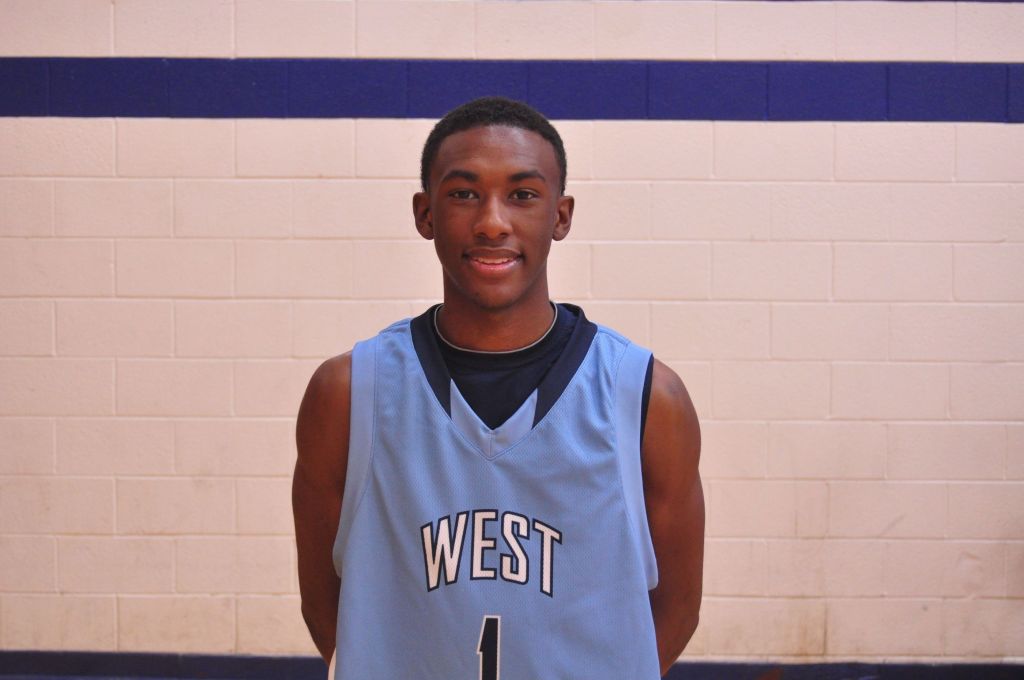 MT. ULLA — If nothing else, West Rowan’s boys have given the rest of the SPC something to worry about.
Never mind that the seventh-place Falcons were administered another dose of tough love Monday night, falling to visiting Hickory Ridge 84-82 in their regular-season finale. They remain a team that believes anything is possible.
“I think we play as hard anybody in this conference,” coach Mike Gurley said after West (11-13, 6-10) lost its sixth consecutive league game. “I don’t thing we have as pretty a basketball team as some of the these other teams, but I promise you this — when we put on the uniform we come to play.”
West received a career-high 30 points from junior Celexus Long and erased all of an 11-point, fourth-quarter deficit — yet still managed to fall short once again.
“I think people know we’re not going to back down,” Long said after scoring 23 points in the second half. “Our problem is we have to play a whole 32 minutes.”
He’s right. West jumped ahead when Seth Martin opened the scoring with a 3-pointer just seconds after the tip, only to watch Hickory Ridge (11-12, 8-8) score 10 unanswered points.
“We just started missing shots,” Martin said after finishing with 15 points. “And they couldn’t miss.”
The Falcons spent the rest of the first half playing catch-up and drew as close as 31-28 when Martin beamed in another 3-ball with 52 seconds remaining in the second period.
In the third quarter HR stiffened its resolve and built a 54-40 lead when senior Nick Hough completed a three-point play with 2:08 on the clock.
“I think Hickory Ridge wanted us to quit,” Gurley later explained. “They would have loved to mail it in in the second half. But that’s not the nature of my seniors. That’s Tucker, Hassard, Reddick, Martin. Then my young ‘uns got on board.”
It was freshman guard Kortez Weeks who triggered a 9-0 West run when he banked home a haymaker from the right side with 4:24 to play. Only 1:33 remained when Martin stuck his fifth 3-pointer to tie the score 77-77 and there was just 1:10 to go when Long converted both ends of a one-and-one to put the Falcons ahead 79-78. Hough — who contributed a career-best 35 points — sealed the verdict with two free throws and a layup in the final minute.
“He does so much for us,” winning coach Robert Machado said after Hough converted 11 of 12 free throws in the fourth quarter. “We probably don’t win without that right there.”
HICKORY RIDGE (84) — Hough 35,Stowe 17, An.Metcalf 13, Av.Metcalf 9, Tibbs 6, Salmon 4.
WEST ROWAN (82) — Long 30, Martin 15, Reddick 11, Tucker 10, Joseph 6, Weeks 6, Morris 2, Hassard 2, Wood.
H. Ridge 20 13 27 24 — 84
W. Rowan 9 19 21 33 — 82