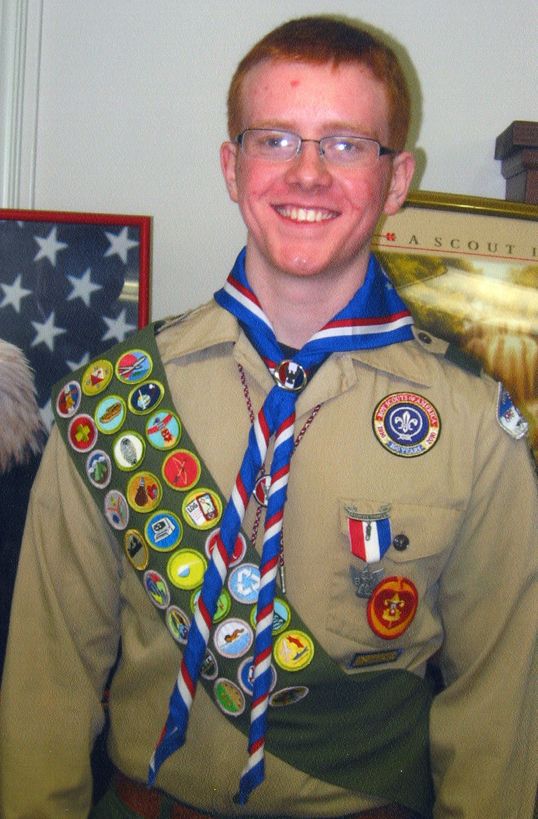 Thomas Ray Griffin III, 17, received his Eagle Scout Award Tuesday, Feb. 4, 2014, during the annual Rockwell Civitans Scout Dinner for Troop 350 at Immanuel Lutheran Church in Rockwell.
Thomas began Scouting with Pack 333 at St. Matthew’s Lutheran Church as a Tiger Cub in fall 2003. He earned the Arrow Light, Cub Scouting’s highest award, with Pack 333 in 2008.
As a Boy Scout with Troop 350, sponsored by Rockwell Civitans, Thomas has earned a total of 28 merit badges, including Lifesaving, Model Design, Chemistry and Space Exploration. He has served as Patrol Leader, Senior Patrol Leader, Troop Guide, and soon to be Junior Assistant Scoutmaster. He has attended summer camps at Camp Daniel Boone and Camp John J. Barnhardt. Thomas was also a staff volunteer for several years at Camp Barnhardt’s annual Cub Scout Gold Rush. He was elected into the Order of the Arrow (National Honor Society of the Boy Scouts) in 2011.
For his Eagle leadership service project, Thomas planned and led a team of Scouts and adult volunteers in building ramps and hand rails for a trail bridge at Dan Nicholas Park, making the bridge accessible for park vehicles and easier to cross for hikers.
A junior at East Rowan High School, Thomas is an honor student and a member of the Honors Chorus under the direction of Mr. Dean Orbison.
Thomas was born with a rare form of liver cancer called hepatoblastoma. He is now 17 years cancer free. Because of this, Thomas wants to become a medical doctor.
He is the son of Thomas and Teresa Griffin of Salisbury.