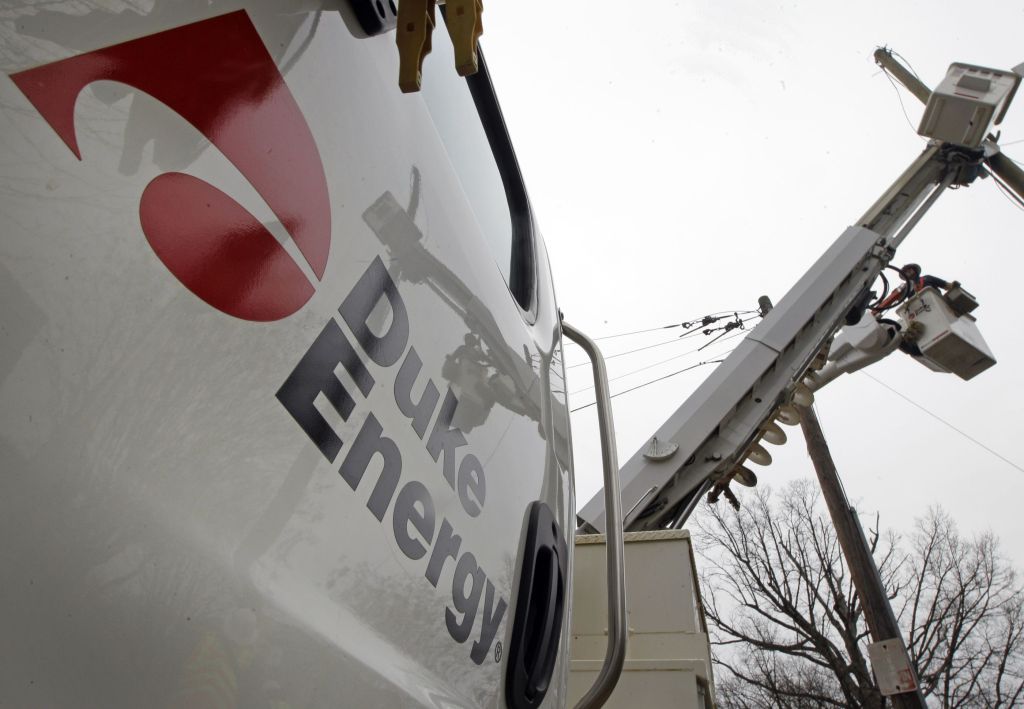 CHARLOTTE (AP) — Duke Energy’s fourth-quarter profit jumped 58 percent after rates were increased in the U.S. and a strong performance from some of its overseas operations.
Net income at Duke’s regulated utilities increased 22 percent to $607 million thanks to the rate increases, as well as lower operating and maintenance expenses.
Regulators last year approved rate hikes in North Carolina, South Carolina and Ohio. The fourth quarter of last year was the first quarter in which the company’s new rates were in effect for the entire quarter.
Weather also played had a role in the strong quarter.
Net income from international operations rose 21 percent to $108 million on greater energy volumes and pricing, along with lower costs related to its Brazilian operations.
Duke Energy Corp., based in Charlotte, N.C., is the nation’s largest electric utility. It serves 7.2 million customers in North Carolina, South Carolina, Florida, Indiana, Ohio and Kentucky.
Duke earned $688 million, or 97 cents per share. That’s up from $435 million, or 62 cents per share, in the same quarter the year before.
Excluding one-time charges, the company posted net income of $1 per share Tuesday, topping Wall Street expectations by a nickel.
Revenue rose 8 percent to $6.15 billion from $5.67 billion in the year-ago period. Analysts expected $6.48 billion.
The results come a day after Duke announced plans to get out of the wholesale power-generation business in the Midwest because of volatility there.
Buy the announcement followed a rejection by Ohio regulators of Duke’s $729 million rate-increase request. Duke’s CEO had said the decision in that case could influence whether the company sold its generation business in the state.
The company owns a stake in 11 power plants in Ohio and one each in Illinois and Pennsylvania.
For the full-year 2013, Duke earned $2.67 billion, or $3.76 per share, up from $1.78 billion, or $3.07 per share, the year before.
Revenue increased 25 percent to $24.6 billion from $19.62 billion.
For 2014, the power provider expects to post an adjusted profit of $4.45 to $4.60 per share. Analysts expect a profit of $4.57 per share.
In premarket trading, Duke shares edged up 31 cents to $71.76.