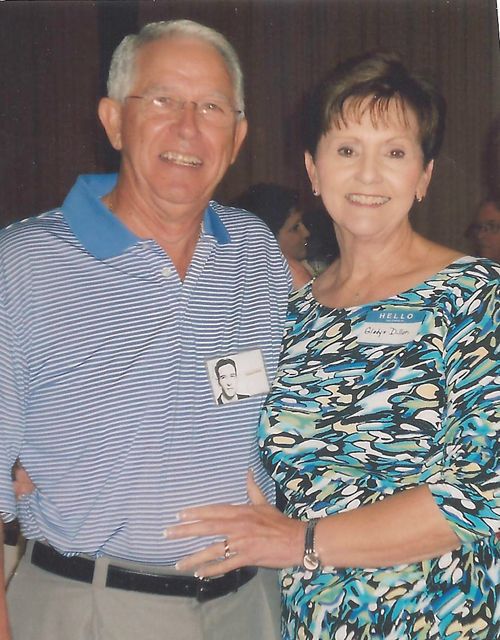 Richard Larston Dillon and Gladys Drury Dillon of Salisbury celebrated their 50th Wedding Anniversary on Feb. 7, 2014, at a surprise party at the Salisbury Train Depot with more than 60 of their closest family and friends. The party was hosted by their two sons and daughters-in-law.
They were married on Feb. 16, 1964, at Salem Lutheran Church in Salisbury.
Richard, now retired, was co-owner of Dillon Manufacturing Company in Mooresville. Gladys retired after 30+ years as the office manager of Optometric Eye Care Center off Statesville Boulevard in Salisbury.
The Dillons have two sons, David Dillon and wife Leah of Huntersville and Eric Dillon and wife Carol of Charlotte. They also have two beautiful granddaughters, Claire and Catherine – daughters of Dave and Leah.
The two also celebrated the occasion in January with a return trip to the place of their 25th Anniversary, the Florida Keys.