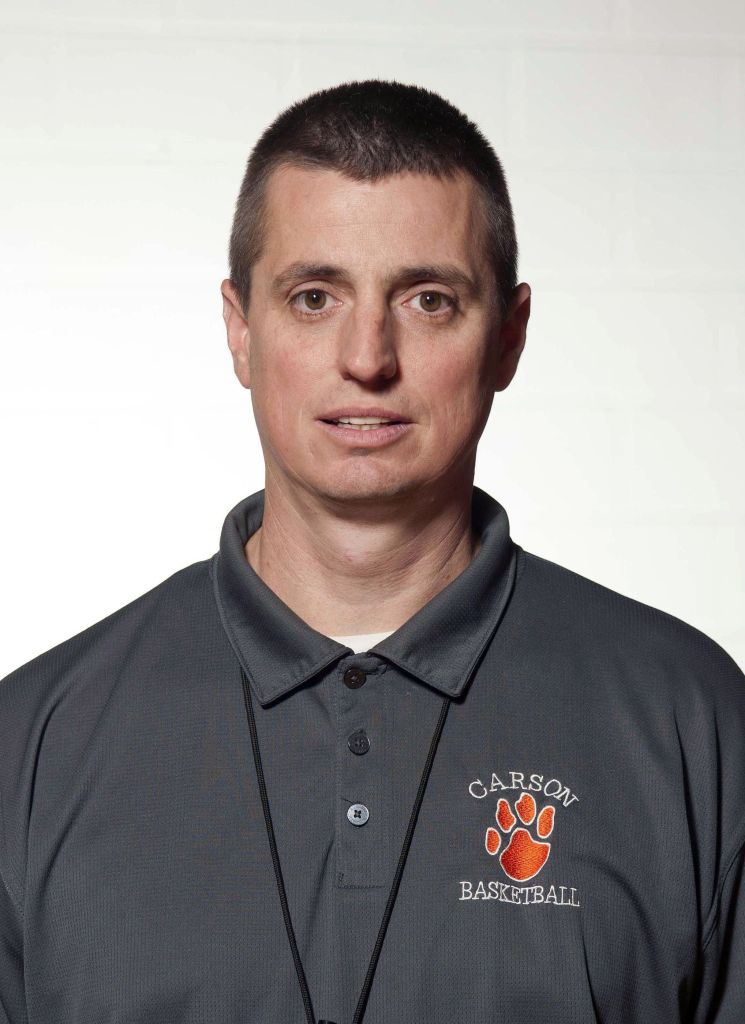 CHINA GROVE — After leading throughout the entire second half Monday, the Carson Cougars saw their Senior Night turn into a nightmare.
Cox Mill guard Matt Morgan capped a stellar evening by draining a contested 3-pointer at the buzzer, handing Carson a 73-72 loss. It was the South Piedmont Conference regular season finale for both teams with the Chargers (19-5, 12-3) solidifying their hold on second place.
Carson (13-10, 8-8) maintains the third seed heading into tonight’s SPC tournament first-round game.
After rallying from 10 points down in the third period and five down with just over two minutes left, Cox Mill trailed 72-70 with six seconds left after Cougar senior Colton Laws muscled in a lay-up.
The Chargers had the ball at the far baseline and were really just trying to tie it according to Morgan and Coach Jody Barbee.
“But I looked up at the clock and saw just two seconds left and knew I didn’t have time to get to the basket,” said Morgan, a 6-2 junior. “So I just pulled up and let it go.”
The ball swished cleanly through the net as the buzzer sounded, giving the Chargers their only lead of the second half. It also gave Morgan 34 points for the night, 21 of them in the second half.
“That was a big time shot by a big time player,” Barbee stated. “ All we needed was an opportunity and this team just keeps finding a way to win ball game this season.”
“We are heartbroken,” Carson coach Brian Perry said. “That is just a tough way to lose but our guys need to understand that we did have opportunities to win this game.”
The loss wasted a solid performance by Laws (22 points, 11 rebounds, two blocks) and junior guard Marquez McCain who had 19, including 12 in the second half when Carson expanded their lead.
Carson went on an 8-0 run late in the first half to lead 36-31. Then McCain scored five quick, Laws had a bucket and Tre Williams canned a long three to make it 48-38. The Chargers whittled it back to three heading to the final period 51-48, then stayed within striking distance on three point shooting and a perfect 6 for 6 on free throws as they were twice fouled on three point shots. Carson meanwhile managed only 7 of 13 free throws in the final period, 16 of 25 for the game. Morgan’s jumper tied the score at 70-70 with 13 seconds left then Laws powered inside to give Carson the lead back at 72-70 with six ticks left. That set the stage for Morgan’s heroics.
“As disappointing and heartbreaking as this was for our team and our seniors’ Perry said, “We have got to find a way to build everybody back up and get ready to play another good team.” Carson opens the SPC first round at Cox Mill at 6 p.m. tonight against Northwest Cabarrus.