There’s something about snow … 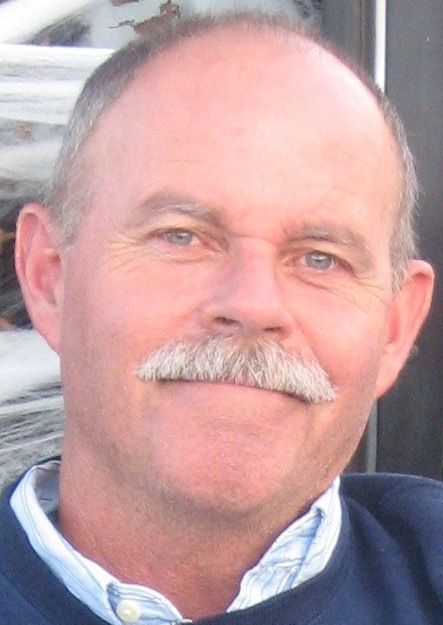 It was the most beautiful snowfall I had ever seen. It was the stuff of winter wonderland greeting cards and Norman Rockwell Christmas paintings.
As pretty as it was from the outset, I could not fully appreciate it until I learned that my place of employment was shutting down, and I would not have to pick my way through it at 3:30 in the afternoon and then again at 1:30 the following morning. Personal involvement profoundly affects one’s perspective. For example, Hurricane Katrina was a magnificent beast as seen from outer space, not so much for the folks in her direct path. In our case, what began as an adversarial source of dread and anxiety was instantly transformed into the simple thing of beauty that it always had been, at least in the eyes of the enlightened, young and old alike.
We had made all of the usual winter storm preparations. Candles and oil lamps were staged on the kitchen table. Flashlights were placed throughout the house. Propane had been delivered earlier in the day (five bucks a gallon? C’mon, man), so even if we lost power we would have heat in the house. We had a camp stove and coolers and a bathtub filled with water. We bought bread, milk and some nerve tonic to help iron out my wrinkled brow. I completed the task of disaster preparedness by filling the bird feeder so that the little darlings would not starve or be ill-equipped to decorate our vehicles as they argue with themselves in the mirrors.

There is something about snow. Unlike rain, its hard, noisy relative, snow is soft, quiet and peaceful. Instead of the merciless pelting and rude intrusiveness of raindrops, snowflakes alight upon us gently, with a politeness that belies the danger and inconvenience inherent with large accumulations in conjunction with that unholy alliance of snow, sleet, freezing rain and sub-freezing temperatures. I have the utmost respect for members of law enforcement, fire, EMS, National Guard, utility workers and others who have to work in brutal conditions.
When the snow arrived, it began as do most snow events in our part of the world. A few small flakes made their way from the heavens, their paths so erratic as to make them seem carefree, even capricious. These early scouts soon gave way to that unique simple thing of beauty known as snowfall. Moderate at first, then quite heavy for the next few hours, its rainy equivalent would have produced a low roar from hard contact with rooftops, cars, trees and the ground. Instead, the silence that accompanied the intense snowfall produced a profound contrast. If one listened intently, one might sense, but not actually hear, the whispering of the snowflakes as they arrived in larger numbers, uncountable and unabated.
The sense of peacefulness that swept over me was one I had not felt in 50 years,since the days when, as a child growing up in North Carolina, the gentle presentation sometimes provided the opportunity for sledding. Snowstorms in this part of the world were as uncommon then as now, so most of us did not have “real” sleds. We did, however, have junked cars, the hoods of which became large sleds capable of transporting groups of screaming children down a steep hill leading to a storage lot filled with new farm implements. We had no regard for the rusty car hood with jagged edges, nor for the plows, bush hogs, disc harrows and whatever other skull-busters awaited us at the end of the ride.

These kinds of memories stopped by for tea as I watched the snow continue to blanket the ground. But we cannot live in the past. We must live in the present. We must go sledding and build snowmen in the present. And, while we may not have to suffer the slings and arrows of outrageous fortune, we do have to suffer the snowballs of outrageous offspring.
It was everything that is good about snow. It was peaceful, gentle and soft. It was pristine and pure. It was cleansing, as though the air had been broomed, not just rinsed. Watching the snow fall elicited a sense of serenity so rare in my life that it nearly brought me to tears. Even the layers and stages played out perfectly; snow, then a layer of ice, then several more inches of snow. This meant that instead of rolling up large balls of snow mixed with mud, grass, twigs, droppings, voles and other unidentified elements, the ice layer became the base along which the rolling took place, resulting in beautiful, clean snowmen.
We went sledding with our neighbors, a delightful couple much younger than us old guys. Again, the conditions were ideal, owing to the optimal sequence, layering and temperature deviations. We employed a couple of saucer-type sleds and a torpedo sled held together with duct tape. I prefer the torpedo, Superman-style (some of us never grow up; we just get older). As an old guy, I can sometimes recognize when good memories are being made. This last snow event was one of those times. But they are not my memories, at least not for long. They will be the memories of my 15-year-old son. They will be the memories of the young couple down the road. Just knowing this brings joy and a rare serenity.
There’s something about snow.
Bruce La Rue lives in Mt. Ulla.

“My Turn” submissions should be between 500 and 700 words. Send to cverner@salisburypost.com with “My Turn” in the subject line. Include name, address, phone number and a digital photo of yourself if possible.

In the storm: I’m snowed, how about you?