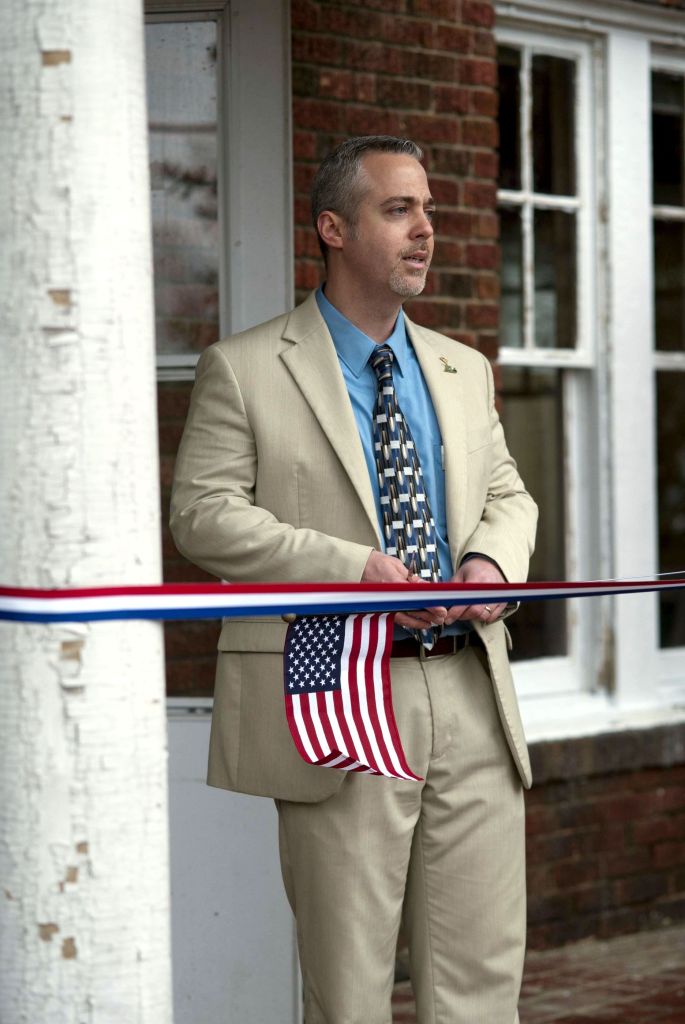 SPENCER — The mental health professional who wants to open a halfway house for homeless veterans is defending his proposal and says he would not place more than 10 people in the home at a time.
Tim Heath, a licensed professional counselor at Salisbury Psychiatric Associates, told the Post he did not misrepresent the facility he wants to open at 418 S. Carolina Ave. in Spencer when he applied for a zoning permit Jan. 8. Heath said he would house 10 veterans or fewer in the 3,500-square-foot home, just as his application states.
He said the widespread belief that he would place 28 men in the house is wrong and came from his foundation’s stated goal to get 28 homeless veterans off the street, total. Not all at once, and not all in the same house, Heath said.
Heath also said he had no idea there was an assisted living facility within a mile of his halfway house, which violates town ordinance. Heath said the government — either Rowan County or the town of Spencer — provided him with a map when he completed the permit application that shows no similar facilities within a mile.
Heath, who served in Army Reserves from 1995 to 1997, is founder and chairman of the Col. Abram Penn Veterans Foundation, which now owns the large brick home in Spencer’s historic district. Heath and his business partner, Mark Adams, bought the house from Rowan County for $50,000 with the intention of opening a 24-hour, supervised facility for homeless veterans.
The county will finance the purchase price over nine years.
But after a flood of criticism erupted over the facility, which neighbors learned about when guns rang out Feb. 4 during a rifle salute at the ribbon cutting, the town of Spencer revoked Heath’s permit.
As it turns out, the home is less than a mile away from an assisted living facility at 120 10th St. Town officials determined the permit had been issued in error and revoked it.
“It’s political,” Heath said. “Everyone is trying to cover themselves and place blame on who they can.”
Heath said before Spencer approved his permit, he received a map with the application that stated there were no other similar facilities within a mile.
He said he was working closely with Rowan County Commissioner Jon Barber to purchase the house and establish the facility. Barber has not returned phone calls from the Post.
At the ribbon cutting, Barber said he learned about the large population of homeless veterans and became concerned both as a citizen and an elected official. He said he planned on looking at other county-owned property for similar use.
Heath said he is scheduled to meet with Rowan officials Monday to discuss the situation and his options.
In the agreement to purchase the house, Heath said he must use the property for veterans for 15 years or the home goes back to the county. Heath said he and Adams paid the $5,600 closing costs out of their own pocket and plan to pay for renovations to the home, as well.
The home currently has no heat, and Heath said it will cost at least $8,000 to fix the system.
“I don’t know where I’m going to get that money,” he said.
He said even though the house is not ready for occupancy, he decided to have a ribbon cutting to raise awareness of his foundation and spread the word in the community.
“I figured this would be a great way to answer everybody’s questions,” Heath said.
But many neighbors oppose a halfway house for mentally ill veterans in a residential neighborhood and are upset with a lack of information from the town.
Aldermen, who said they also were surprised by Heath’s plans, have said they will not amend the town’s ordinance to allow the veterans home within a mile of the assisted living facility.
Heath said his property was used as a halfway house for girls for many years, and he suspects Spencer violated its own ordinance by allowing the other facility to open.
Heath scoffed at the notion that he would make money on the veterans home. Housing and caring for veterans costs so much, he said, that he lost a home on Hickory Lane in Salisbury in 2010 to foreclosure because he could not make his mortgage payments.
He was caring for three veterans in the house, he said.
“I could not keep making payments and taking care of my guys,” he said.
Heath, who now lives in Mt. Ulla, said he also had to give up a house on Pine Tree Street in East Spencer because neighbors complained about veterans living there. Heath acknowledged that the veterans were “a little bit more mentally ill” and one man paid too much attention to female neighbors.
He said those issues would not occur at the Spencer facility because he would house more stable veterans there and have stringent rules.
“The guys that I would have at this house would be screened very thoroughly, and there would be absolutely no possible issues out there at that house,” he said. “We wouldn’t have just anybody out there.”
Heath said the VA would provide the names of homeless veterans and he would screen potential clients himself, including criminal background checks. Veterans would not be unruly, he said, as some critics are alleging.
Heath said Adams, who is a licensed professional counselor, would run the facility and oversee daily care of the veterans. Staff would be present around the clock, he said.
To fund the operation, Heath said he is applying for grants from local foundations and the VA. He said he hopes the house will serve as a medical foster home through the VA, which would provide between $1,500 and $2,000 a month per veteran.
Heath said he has been upset to read complaints about his facility.
“People have no idea what all it takes to take care of these guys,” Heath said. “It’s almost as if there’s something else fueling this. That’s what is really troubling to me.”

Concerns over facility for veterans mount in Spencer