How Truman saved the White House 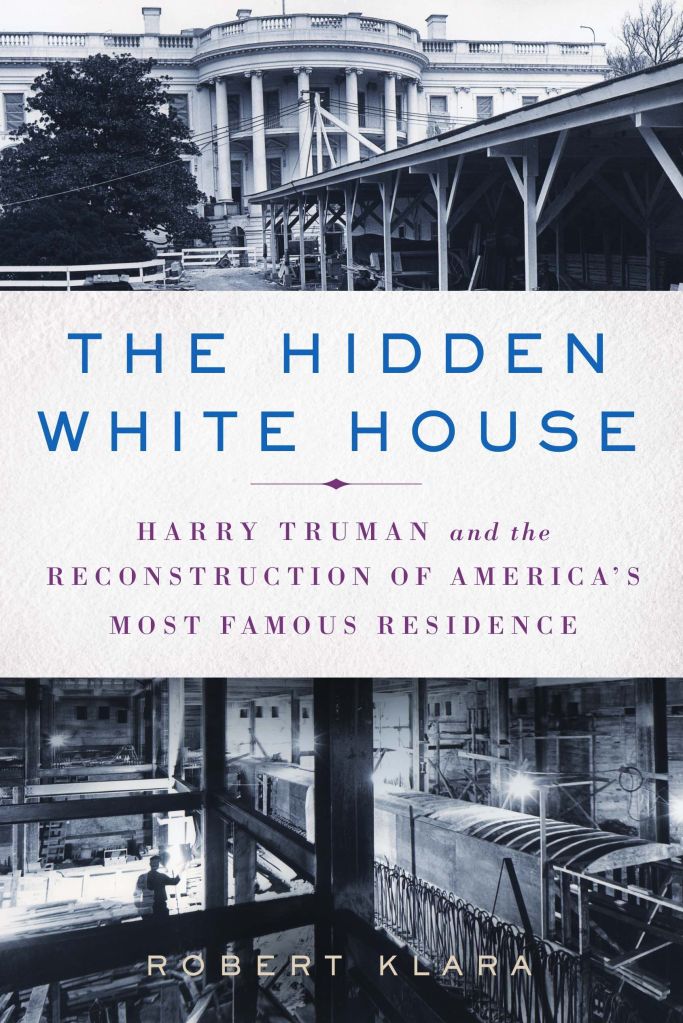 I love discovering an author who can teach a history lesson while simultaneously telling a ripping good story. Robert Klara is such a writer, and his most recent book, “The Hidden White House: Harry Truman and the Reconstruction of American’s Most Famous Residence,” is well worth seeking out.
I had the privilege of talking to Klara several years ago when I was writing a feature about his 2011 book, “FDR’s Funeral Train: A Betrayed Widow, A Soviet Spy, and a Presidency in the Balance.” The book had local relevance since the funeral train made a stop in Salisbury. There were, and perhaps still are, people in Rowan County who caught a glimpse of Roosevelt’s casket in an illuminated train car as it traveled to its final resting place in New York.
I enjoyed that book, but “The Hidden White House” is even more compelling. Even though his readers know the spoiler — the White House will be saved — Klara manages to create suspense and capture our attention.
Klara’s narrative starts in 1948, with President Harry Truman soaking in a bathtub that comes close to crashing through the ceiling into a gathering of the Daughters of the American Revolution.
Can the rest of “The Hidden White House” live up to such a beginning?
The answer is a resounding “Yes.” This wonderfully researched book (with 91 pages of endnotes) chronicles how dangerous the White House had become by 1948, in danger of literally collapsing from within.
Its previous resident, Franklin Roosevelt, had done virtually no maintenance, choosing to forgo the $50,000 year allocation for refurbishment as a gesture of solidarity with a nation reeling from the Depression and World War II.
Postponing fresh paint and new draperies is one thing, but the deficiencies of the house at 1600 Pennsylvania Avenue went far beyond the superficial.
Truman suspects that the ghostly creaks and groans he hears in the White House are signs of serious structural problems, and he can’t help fearing that a mysteriously trembling chandelier might come crashing to the floor, or worse, on the heads of unsuspecting guests. Just how compromised the home’s integrity was came into full focus when Margaret Truman’s piano broke through the dry rotted flooring in a sitting room.
A team of architects secretly inspected the house, and they were shocked at how unsafe it really was.
While I have no particular passion for architecture or construction, it was fascinating to learn all the details of why the home was in such deplorable condition by the time the Trumans moved in.
Horrifying but fun facts: When the White House was rebuilt in 1817 after being burned by the British, some of the old scorched beams were reused. And over the years, some of the home’s original sturdy 12-inch-by-12-inch beams were eventually whittled down to 2-by-4.
Klara relates how the First Family was evicted from the crumbling home and moved into Blair House — where Truman survived an attempted assassination.
The White House is saved, of course, but Klara makes it clear that without Truman advocating on the home’s behalf, things could have easily gone a different way.
Some of the details of the renovation will be familiar to anyone who’s experienced a renovation project: maddening delays, cost overruns, labor problems. One of the most troubling things Klara uncovered is how meticulously salvaged architectural features such as windows, doors and mantelpieces, which were slated to be replaced, fell victim to construction pressures, ending up as landfill or souvenirs.
The book is full of juicy details, like the White House architect who believed he was receiving messages at séances from dead presidents, or Truman’s habit of washing out his own underwear in the sink, even as president.
Despite such glorious tidbits, Klara never loses focus. Impeccably researched, “The Hidden White House” is lively and full of humor, never pedantic. And after you read it, you’ll never look at 1600 Pennsylvania Avenue in quite the same way again.
Katie Scarvey is former lifestyles editor of the Post.

6 things to do this weekend