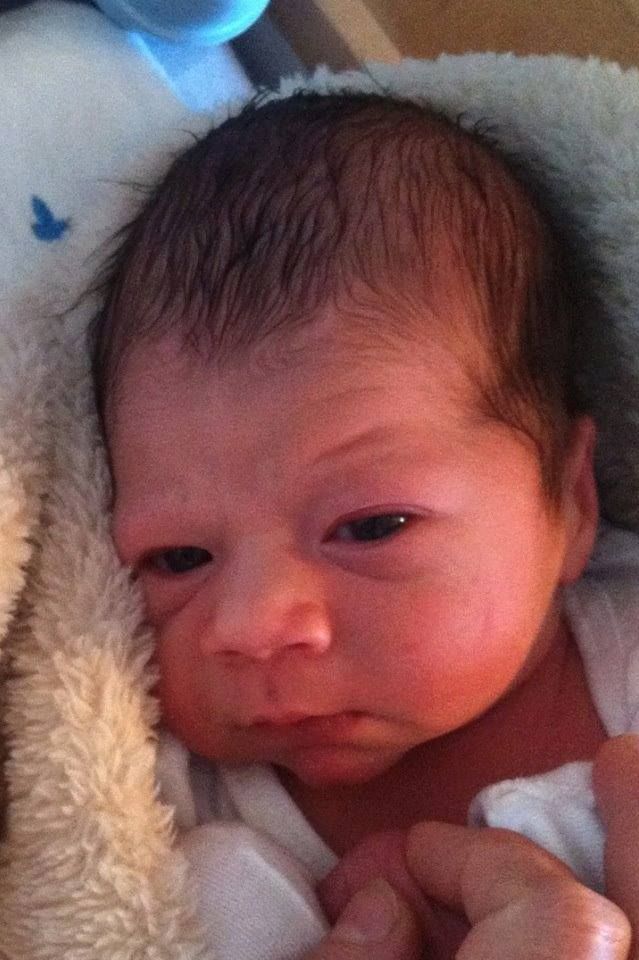 It was a Valentine’s gift like no other.
The widow of Marco Kauffman, who died after being shot during a home burglary in December, gave birth to the couple’s baby boy on Friday, Valentine’s Day.
Maryann Kauffman posted the good news on a Facebook page dedicated to her slain husband.
“Thanks so much for the prayers. He’s finally here!” Maryann wrote. “Marcus Landon Trace. My handsome little guy. I’m so in love already!”
The baby weighs 7 pounds 5 ounces and measures 21 inches long, she said. Four photos of Maryann Kauffman and the baby accompanied the post.
Marcus “Marco” Kauffman, a 25-year-old volunteer with the Scotch Irish Fire Department, died three weeks after he was shot in the head when he stumbled across burglars in his Chenault Road home on Dec. 2.
The remarkable timing of the infant’s arrival was not lost on many of the 2,200-plus people from all over the country who posted congratulations on the Facebook page.
“What a special gift Marco gave you on Valentine’s Day!” Cindy Hochstetler said. “It is so plain to see he is with you in spirit!”
Dubbed “Praying for Marco” while Kauffman was fighting to survive, the Facebook page is now titled “Remembering Marco, praying for Maryann” and has more than 59,000 likes.
The community has held numerous fundraisers to help cover Marco Kauffman’s medical expenses and support Maryann Kauffman and the baby.
Marco and Maryann Kauffman were returning to their western Rowan County home Dec. 2 when they saw a car parked near their residence.
Marco Kauffman became uneasy, drove his pregnant wife to a neighbor’s house and went back to check on his home.
Kauffman was shot through the back window of his car while he was apparently trying to drive away. He had been on the phone with 911 dispatchers telling them someone was taking his belongings from his house when the call abruptly ended.
Two men have been charged with murder, and two others as accessories after the crime.
Contact reporter Emily Ford at 704-797-4264.