Taking the law into his own hands 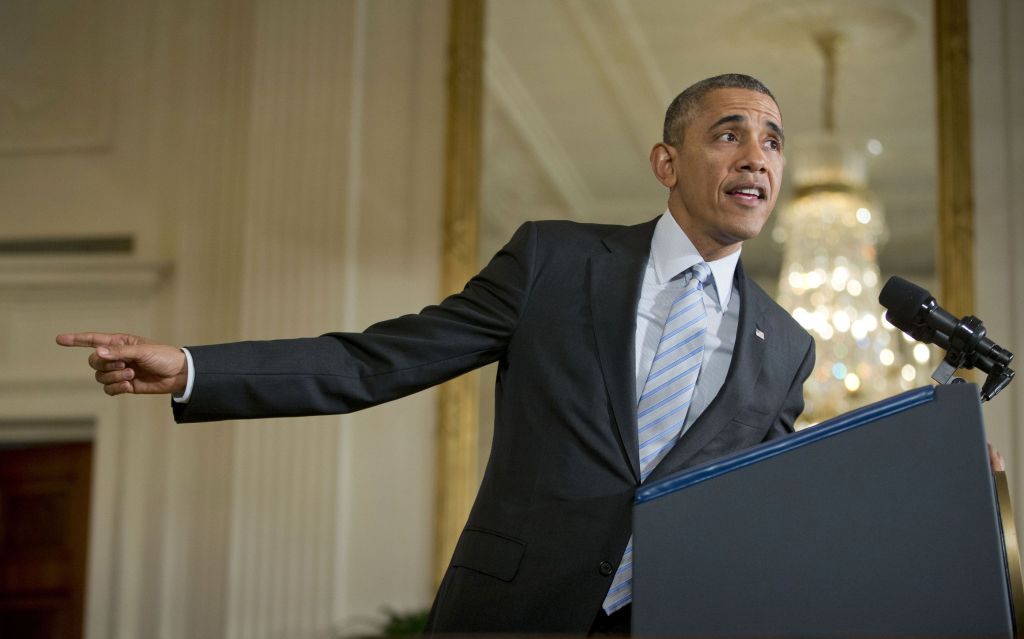 “If at my convenience I might break them (laws), what would be their worth?”
— Charlotte Bronte, “Jane Eyre”

We’ve come a long way since Justice Charles Evans Hughes remarked a century ago, “…the Constitution is what the judges say it is.” Or have we?
According to the Galen Institute, a nonprofit public policy research organization based in Alexandria, Va., “…more than 27 significant changes already have been made to Obamacare: at least 10 that President Obama has made unilaterally, 15 that Congress has passed and the president has signed, and 2 by the Supreme Court.” Add one more now that he has decreed that small businesses with 50-99 employees will be given another year before they have to pay a penalty for failing to comply with the Obamacare law.

Where does the president get the power to unilaterally change a law? On Monday, during a tour of Thomas Jefferson’s home with French President Francois Hollande, the president quipped to reporters about being able to tour the home, which was closed that day: “That’s the good thing about being president; I can do whatever I want.”
The old adage “many a true word is spoken in jest” seems to apply in this instance.
President Obama has already vowed to circumvent Congress “whenever I can,” so this appears to be the next step toward quasi-dictatorship. Now if he can finish packing the courts with people who share his go-it-alone worldview his usurpation of power will be complete.
Responding to the president’s latest summary declaration on Obamacare, Speaker John Boehner said, “Once again, the president is giving a break to corporations while individuals and families are still stuck under the mandates of his health care law and once again the president is rewriting law on a whim. If the administration doesn’t believe employers can manage the burden of the law, how can struggling families be expected to?”

This isn’t about any of that. This is about next November’s election and delaying the pain of Obamacare so that vulnerable Democrats might keep their congressional seats. It is politics at its most cynical.
Republicans must do more than issue strong statements. They should go to court again and challenge the president’s power to evade the law.
This president, like all presidents, took an oath (twice, in his case) to “faithfully execute the office of president of the United States, and will to the best of my ability, preserve, protect and defend the Constitution of the United States.”
Is deciding what part of a law he wishes to obey and unilaterally altering a law passed by Congress and signed by himself a faithful execution of his office? Is he preserving, protecting and defending the Constitution by such behavior?

Imagine a Republican president trying to delay the implementation of any law favored by Democrats. The sharp knives would be out for his political head, possibly including impeachment.
A court challenge may be the only hope for controlling this out-of-control administration. Under other administrations defying the law has caused serious problems for a president.
Richard Nixon told David Frost, “When the president does it, (break the law) that means that it is not illegal.” We know how that turned out.
President Obama won’t be impeached — the Senate has a Democratic majority, Republicans will likely be reluctant to impeach America’s first black president — but the GOP should use the courts to at least restrain him. The Founders foresaw the danger when a president behaves like a king.