Problems less severe than many expected 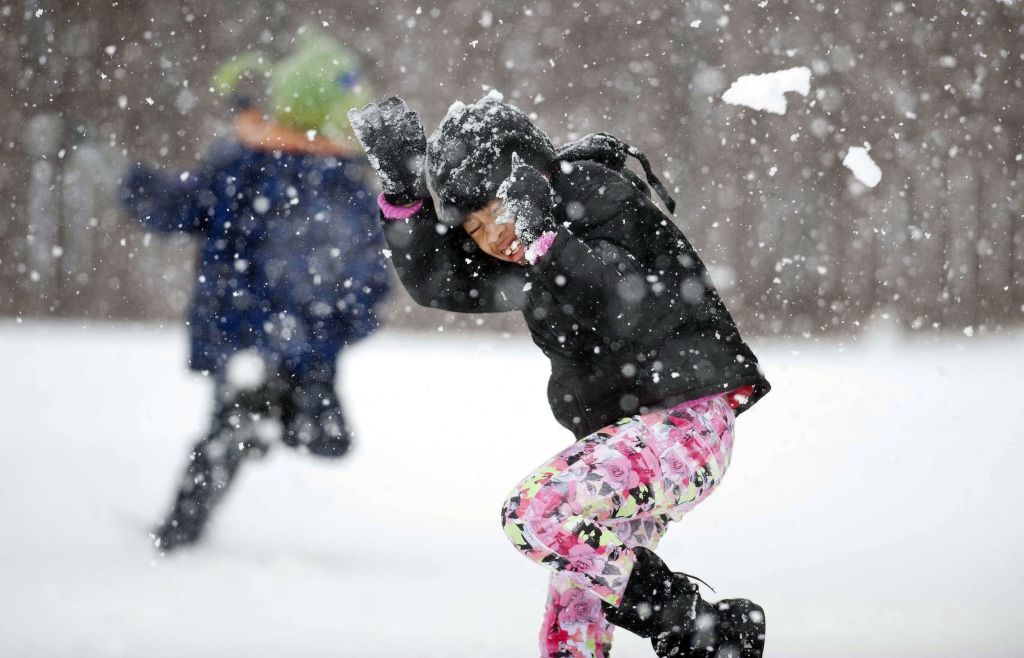 According to the National Weather Service, winter storm Pax dumped 8 to 10 inches of snow on Rowan County, but local officials say it caused far fewer problems than expected.
“As significant as this winter storm has been for our community,” Rowan County Emergency Services Director Frank Thomason said, “it certainly could have been much, much worse.”
The 911 center reported no major calls Thursday, only minor issues throughout the day.
Mid-Thursday morning, heavy bands of snow moved into the area, topping Wednesday’s snowfall with approximately 3 more inches.
The sun came out and the air temperature rose above freezing Thursday afternoon, but it was expected to dip back below freezing around 9 p.m. Temperatures should rise back above freezing between 9 a.m. and 10 a.m. today, reaching a high of 42 degrees.
Because of Thursday’s heavy bands of snow, Department of Transportation crews had to retrace most of the routes they worked Wednesday night.
“Additional heavy snowfall did not help the situation at all,” Thomason said.
Throughout the day, crews continued working to clear the interstates, primary roads, then secondary roads. Municipal street crews will be used to clear secondary streets and neighborhoods.
“You’ll see DOT crews continue to work throughout the night,” Thomason said, adding that the crews were working in shifts around the clock to clear roads
The National Weather Service issued a winter weather advisory warning drivers that some roads may be impassable due to snow coverage, and roads that have been cleared will be prone to black ice.
Thomason, too, said he expects hazardous travel conditions due to black ice.
Increased traffic, warm temperatures and sunshine increased the amount of slush and water on the roads.
“That stuff is going to freeze,” Thomason said. “That’s going to make travel pretty treacherous in the morning.”
Fortunately, warmer temperatures today will help slush melt and dry on the roads.
Thomason urges drivers to use “extreme caution” while driving this morning, even on the roads that have been scraped.
Public safety agencies will continue to respond to calls for service throughout the night and in the morning, he said, but warned that weather conditions could result in delays.
As of 6 p.m. Thursday, Duke Energy reported only 79 power outages in Rowan County, down from more than 1,600 that afternoon. Cabarrus County outages were reduced from more than 1,200 to 155. EnergyUnited reported 17 outages in Iredell County.
Power outages primarily affected the southwestern part of Rowan County, including Enochville, but there were also a few other minor outages in other parts of the area, Thomason said.
The outages spiked suddenly after a heavy band of wet snow hit Rowan County late Thursday morning.
“Wet snow takes a greater toll on the power system,” said Luke Currin, spokesman for Duke Energy.
Thomason said he expected most power to be restored to most Rowan residents quickly.
ggg
The city of Salisbury deployed nine snow plows, a motor-grader, two loaders, three back hoes, three tractors and four tandem dump trucks to remove the snow. Given the large amount of snowfall and the corresponding volume, Salisbury-Rowan Utilities, Parks and Recreation, Infrastructure Services, and Fire Department employees assisted the Street Division.
Crews have plowed more than 2,000 miles of roadway, according to a release from the city Thursday night.
Street crews are currently focusing on secondary and neighborhood streets and will continue through the day and the weekend as needed.
The following roadways are clear at of time of this release, according to Street Division Manager Craig Powers: