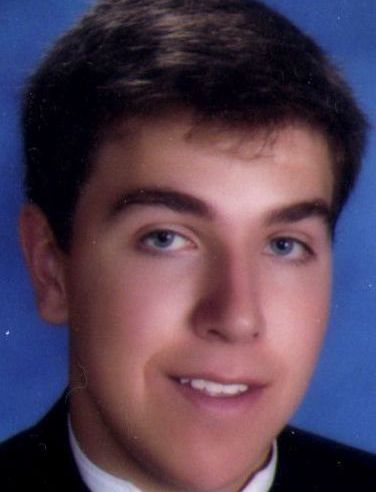 The Elizabeth Maxwell Steele Chapter of the National Society of the Daughters of the American Revolution has presented the 2013-14 Good Citizens Awards to Nicholas Greene, Annie Justus and Morgan Overcash.
A senior at Salisbury High School, Greene is the son of William and Cora Greene. He plans to attend the University of North Carolina and study economics, pursuing his interest in economics into graduate school and eventual a doctorate in the subject. An ambitious thinker, he dreams of receiving a Nobel Prize in economics. He is an Eagle Scout and patrol leader, has been involved with Piedmont Players backstage crew and as light booth operator. He has received the Salisbury High School Outstanding Service Award for community service throughout high school. He has been active in junior varsity and varsity soccer, cross country, tennis, varsity track, Spanish Club, received outstanding achievement in Spanish IV, Honors Chemistry I, Spanish II, A.P. US government and politics and was a National Merit Scholar semi-finalist. He has maintained an A average in high school, including honors classes.
Greene organized, raised funds and acquired plants for a two-day project as an Eagle Scout designing and installing a small park area behind the renovated Norvell Theater in downtown Salisbury.
Justus is a senior at East Rowan High School. The daughter of Barry and Frances Justus, Annie has maintained an A average in high school. After graduation she plans to attend UNC-Charlotte to major in elementary education. She has served in the Junior Civitan Club for the past four years, volunteering service to the community, such as buying gifts for residents at The Meadows and serving in the school office. As a member of St. Matthew’s, she teaches children and serves with the youth. She volunteers at Rowan Helping Ministries preparing and serving meals and laundering clothes for the residents. She has worked in the mountains of North Carolina, West Virginia and coastal regions of North Carolina repairing storm-damaged homes, helping to build porches and paint inside and outside the homes. She says that “being a Good Citizen includes living every day through high ethical standards and values, treating others as I would like to be treated, and finding ways to help others through actions and service projects.”
Overcash, a senior at North Rowan High School, is the daughter of Steve and Jackie Overcash. Her career goal includes majoring in international business and being a translator and learning Japanese, Chinese, Korean and Thai. She has maintained an A average throughout high school. She has been involved in service for her church, First Baptist, has worked with their Upward sports ministry, in vacation Bible school, and on church improvement projects.
During high school she has been involved in the National Honors Society, Student Government, D.R.E.A.M. team member, and active in Key Club and volleyball serving as co-captain ias a senior. Her extracurricular activities include working at Highland Hill Horse Stables, horseback riding lessons, jumping and dressage, Junior Olympic volleyball, and attending the Broyhill Leadership Conference.