Snowfall estimates have county and city officials preparing for the worst 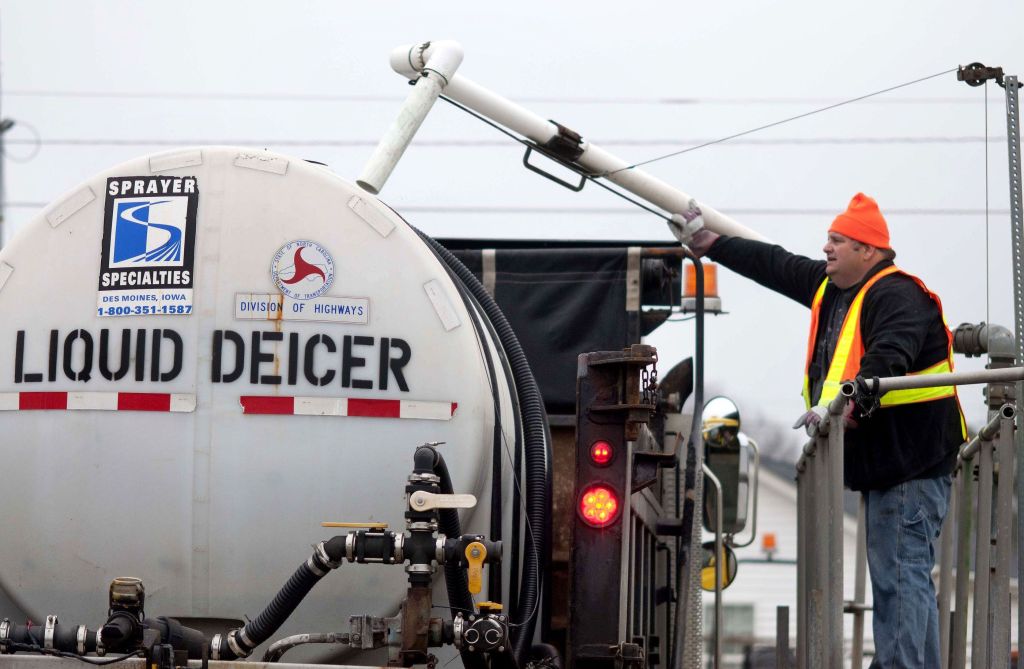 Since this weekend, snowfall estimates for Rowan County have ranged from a few inches to more than 8 inches in some areas.

The predictions have varied by time and region.

Regardless of how many flurries come down today or when, county and city officials have wasted no time in preparing for the worst the past few days.

Six N.C. Department of Transportation brine trucks have been patrolling the interstate and primary roadways since Monday outside of a hiatus caused by rain showers, said Kevin Neal, maintenance engineer for Rowan County.

“We have 17 small dump trucks with plows, six large tandems with plows and six contract trucks,” Neal said. “We (had) 30,000 gallons of brine on hand, and we put down a little more than that on each operation.”

Spraying brine in advance is an anti-icing procedure, Neal said, and salt also has been used on bare pavement routes.

Neal urged residents to stay home for both their safety and the safety of the plow drivers as well as the efficiency of the whole operation.

“Unless you have to get out — people going to hospitals or such — don’t. What we do is treat the road for safety, not convenience for people to go to the store and change the movies out,” Neal said. “There is a big difference between a necessary trip and a desired trip.”

The traveling public can pose increased hazards for all on the road, Neal said, especially if visibility levels are low.

“(The plow drivers) don’t need to be trying to dodge traffic on the road. The drivers will be working in shifts, too,” Neal said. “They have to have enough rest to where they are still functioning at 100 percent. It’s tedious work as it is, and especially so under poor driving conditions.”

Bins are full of salt and trucks have been topped off with fuel, she said. When inclement weather hits, crews from the Street Division, Parks and Recreation and Infrastructure Services will deploy to critical areas first, such as fire and EMS stations, Hasselmann said.

“Operators will run our plows and motor grader to plow roadways simultaneously,” she said. “They will attend to the areas around the hospital and on main thoroughfares first and secondarily, neighborhood streets.”

For Rowan County Emergency Services Management Coordinator Frank Thomason, today is not a good day to be outside with the road and sidewalk hazards deriving from a predicted 24-hour period of constant snowfall.

As in the past, the county already has taken steps to be ready for the worst, namely planning and setting up an emergency operations center to serve as a central communication hub for first responders, county officials and people from outlying municipalities.

Located at the Rowan County Agricultural Center, the hub is designed to be set up during a multi-jurisdictional event that impacts the entire county and serve as a central coordinating location for all local governments and response entities to manage the event efficiently, Thomason said.

The center has five levels of operational readiness, Thomason said.

“Level 5” means the center is closed and not operational, and “Level 4” signifies emergency management officials have foreseen a storm on the horizon and are beginning to gather weather information to share with the other entities in the county.

On Tuesday morning, Thomason and other county officials made the decision to go to “Level 3,” meaning the equipment has all been set up at the Rowan County Agricultural Center, but nobody is staffing the desks.

“If something significant happens during the storm event, such as a widespread power outage, that would cause a large problem for our municipalities and local governments to respond to with all the utilities involved. It would require additional coordination, and we would man the emergency operations center,” Thomason said.

Bringing in staff would mean a going to “Level 2,” Thomason said.

The director of emergency management said he doesn’t foresee going to “Level 1” — in which the center is fully manned and operational every minute of every day.

“It will be a significant event, but it will be a moderate event,” Thomason said. “We haven’t had a heavy snow like this in recent years.”