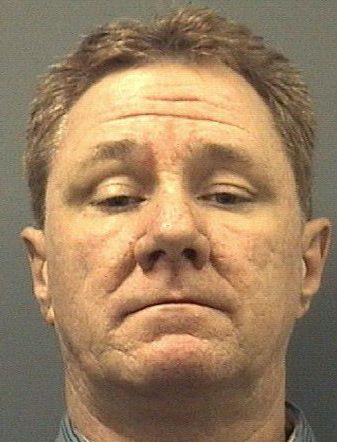 The Rowan County Sheriff’s Office, in a joint investigation that included help from the state Division of Motor Vehicles and the National Insurance Crime Bureau, charged a Kannapolis man with the September theft of a trailer and forklift from the Salvation Army of Rowan County.
Investigators served a search warrant at a home in the 1800 block of Sherrills Ford Road, where they found the trailer parked on the property. The vehicle identification plate had been removed and a fake one put in its place.
The lock was broken and deputies discovered a Caterpillar forklift inside, also with the identification plates removed.
Officers discovered personal property inside the trailer that they say belonged to Jerry Wayne Sherrill Jr.
Sherrill, 49, was charged with possession of stolen property, felonious possession of methamphetamine, maintaining a dwelling and possession of drug paraphernalia.
During an interview of the resident, investigators determined Sherrill had brought the trailer to the location for storage, without the resident knowing that it was likely stolen a report said.
After investigation by the North Carolina Division of Motor Vehicles-License and Theft Bureau, as well as the National Insurance Crime Bureau, it was determined that the trailer, Caterpillar forklift and other items inside the trailer had been reported stolen from the Salvation Army, 1400 W. Jake Alexander Blvd. around Sept. 9.
Salisbury Police Department investigated the theft.
On Feb. 5, the Rowan County Sheriff’s Office obtained a state search warrant for Sherrill and his residence, located in the 300 block of Westover Avenue, Kannapolis.
On Feb. 7, Kannapolis Police arrested Sherrill in a detached apartment at the Westover Avenue address.
The Kannapolis Police Department, assisted by the Rowan County Sheriff’s Office, searched the residence. Investigators seized a small quantity of methamphetamine. The bond on the drug charges was $50,000, while the bond was set at $25,000 on the possession of stolen property. He has since been released from the Rowan County Detention Center.