Ice storm causes another traffic jam in the South 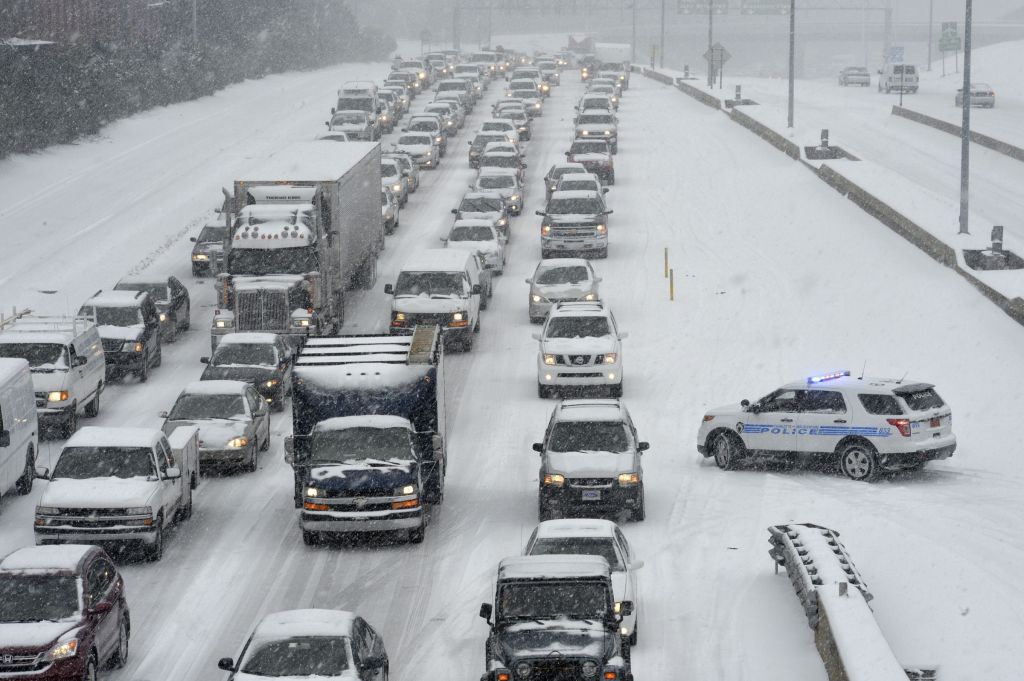 In scores of cities, once-smooth roadways have been transformed into obstacle courses by gaping potholes that can seriously damage passing vehicles but are too large to avoid.
New York City crews filled 69,000 potholes in the first five weeks of the year — nearly twice as many as the same period in 2013. In Iowa, a Des Moines official said the city has never endured so many broken water mains in the 100-year history of its water utility.
Michigan’s top transportation official warned that the icy conditions would create more potholes than “we’ve probably ever seen in our lifetime.”